Dutch driver Robin Frijns signs on for another campaign of Formula E with Envision Virgin Racing, that announced him as a driver for the Season 8 of the FIA Formula E World Championship. 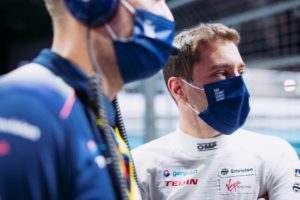 Frijns, who is now second in the drivers’ standings heading into the final two races of the season, joined Envision Virgin Racing in 2018 for Season 5 of the championship and achieved his first Formula E podium finish in his second race and claimed his maiden victory at the 2019 Paris E-Prix.

Since his debut with the Silverstone-based team, over the course of three seasons, Frijns has competed in 36 Formula E races, achieving one pole position, eight podium finishes and two wins, scoring a total of 253 points for Envision Virgin Racing.