Jaguar TCS Racing reserve driver, Norman Nato, will drive car #10 in the final two rounds of the season in Seoul, replacing Sam Bird who broken his left hand in London.

Mitch Evans actually is second in the championship and for the second year he will be fighting for the drivers’ title. 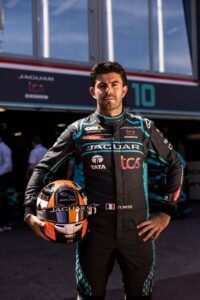 Norman has a wealth of experience in Formula E including winning the Berlin E-Prix in 2021. He has attended all the races in season eight in his capacity as Jaguar reserve driver and has spent valuable time in the team’s simulator. He will be aiming to deliver strong points for Jaguar TCS Racing next weekend.

Sam will undergo an operation this week to repair a fracture to his left hand which he sustained during the first lap of round fourteen in London. Despite the painful injury and a slow puncture, he climbed an incredible seven places to finish the race in eighth securing valuable points.

For the inaugural 2022 Hana Bank Seoul E-Prix, the 22 drivers will race around the 2.6km Jamsil Stadium Complex for the first time. The circuit features 22 turns winding through the stadium built for the 1988 Olympic Games. There is potential for mixed-weather conditions making the set-up of the Jaguar I-TYPE 5 essential for success.