After Sam Bird’s victory during last month’s season opener in Hong Kong, DS Virgin Racing are confident that they can continue their winning ways during the next Formula E race, that will be in Marrakesh on January 13.

Held at the Circuit International Automobile Moulay El Hassan, the team’s all-British driving pairing of Sam Bird and Alex Lynn will be aiming to add to their impressive 41-point haul from rounds one and two in Hong Kong at the end of last year.

Bird, who picked up his and the team’s sixth victory in Hong Kong, currently leads the drivers’ standings and will be hoping to build on that advantage, especially given he finished second at last year’s Marrakesh E-Prix.

Meanwhile, team-mate Lynn, will be keen to go even better than his double points finish in Hong Kong, despite it being his first full season and maiden visit to the 2.97km, 12-turn temporary street circuit.

Set in the city’s Agdal district, the track – named after the Crown Prince of Morocco – is located just a few minutes from the medina and world-famous souks, and is the second time the all-electric series has raced there.

Hong Kong was a great weekend for me and the team. The hard work put in by everyone pre-season clearly paid off and we’re looking forward to continuing this for Marrakesh where we know we can finish at the top.

It was a solid opening two rounds for me, but we know there’s more to come. We have a competitive car and, combined with our recent simulator work, we’re in a good position heading into the Marrakesh weekend.

To be starting the New Year with Sam leading the championship and the team in second place puts us in a very strong position heading into Marrakesh. We showed last time out we have a quick car and two very capable drivers, and we’re now looking to build on that momentum.

It’s great to be back on a track where we achieved a promising performance last year. The engineering team have worked very hard on the simulator to prepare for this event as this is crucial to delivering the best level of performance. There’s always room for improvement in Formula E and we want to be in the best possible shape. 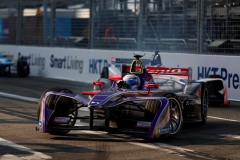 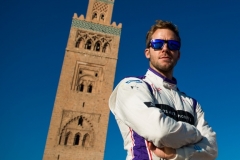