Known for their conservation work in protecting and breeding endangered wild cats, together with further initiatives that aim to restore and conserve wild cats’ habitats around the globe, the Sanctuary also 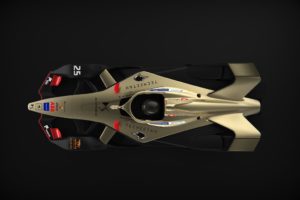 gained huge awareness earlier in the year from the incredibly popular BBC series, Big Cats About The House. The series followed the story of Willow, a cheetah cub who arrived at the BCS needing some special care and a five-day old Jaguar cub, Maya, who was hand-reared by the BCS’s Director of Cats and Conservation, Giles Clark, after being rejected by her mother.

The BCS is set in the heart of the countryside in Kent. The peace and tranquillity of the site provides a sanctuary of excellent conditions for the successful breeding of the beautiful, yet endangered cats, both large and small.

As part of the European Endangered Species Breeding Programme (EEP) the sanctuary breed by recommendation from the regional association to produce a strong, healthy and diverse gene-pool within the captive population. The aim of the breeding program is to have an “insurance population” with the hope that, in the future, some individuals might be able to be re-introduced safely into their natural habitats. The individual cats at the sanctuary also act as ambassadors to help raise awareness of the plight of their wild counterparts and fund in-situ projects that can safeguard their future.

We’re incredibly proud to partner with The Big Cat Sanctuary. Giles Clark and his team are working non-stop in big cat and cheetah conservation, and when we came across their work we immediately wanted to be involved. Giles became a household-name in the UK after the BBC Show, Big Cats About the House, which gained around 2 million viewers per episode and a staggering 33 million views of one online clip alone. But it’s the work that Giles and the team do behind the scenes that is the most impressive. So far, they have successfully bred the Amur leopard which is the world’s most endangered big cat, with around 80 remaining in the wild globally. They’ve also successfully bred Sumatran tigers, Amur tigers, Pallas’s cats and of course Cheetahs. 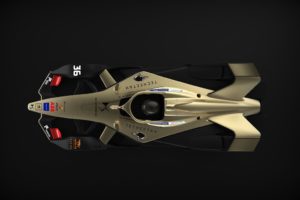 Not only is this a great opportunity for us to help raise awareness and funds for the Sanctuary, but it’s also a way for us to display why we are racing in Formula E. Wild cats are extremely threatened due to many different factors, the universal one is the loss of habitat, but also hunting, loss of prey and human-wildlife conflict. Alongside these, there is of course also the global threat to ecosystems created by climate change. DS Techeetah are contributing to the fight to halt climate change by exceling in the development of electric vehicles and driving innovation through the automotive industry.  This will help to secure less carbon dioxide emissions and make a large impact in protecting the natural world.

As part of the partnership, DS Techeetah will be adopting Willow and we will be donating a percentage of our merchandise sales to The BCS. Together with our partners, we will host various events to raise the profile and awareness of the work they do. The whole team are hugely passionate about this project and we want to encourage the whole paddock and the wider Formula E family to get involved – said DS Techeetah Chief Commercial Officer, Keith Smout.

We are delighted to be partnering with DS Techeetah. Climate change is one of the bigger threats for the planet at the moment and we are excited to help the Team achieve its goals of highlighting this issue. Together we will continue tackling the issue of Cheetah conservation through the support of practical and holistic in-situ projects and our Welfare, Breeding and Education programmes. The Team and the championship offer a new audience and has opened doors in new areas for us and we’re very excited to see where this partnership will take us as our goals align perfectly – said The Big Cat Sanctuary’s Director of Cats and Conservation, Giles Clark.

Our mission at the Sanctuary is to assist in the conservation of the world’s endangered cats, to preserve breeding integrity and contribute in the return of big cats to the wild wherever possible. To do so, we need a large support network around us and we’re incredibly excited that the Team will be part of that.

It is very exciting that the Team has chosen to name their DS E-Tense FE19 race cars after our cheetah brothers, Bajrami and Keene. Bajrami is also the father of Willow, the Cheetah who featured in the BBC series Big Cats About The House and won the hearts of so many. Willow represents the future of Cheetah which is now Africa’s most endangered big cat, so for us as she plays a crucial role in our conservation ambitions, it’s a really nice link between us and the race team – said Chairman of the BCS Fundraising Board, Spencer Phillips.

About The Big Cat Sanctuary 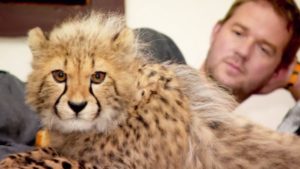 The Big Cat Sanctuary is a centre for wild cats whose objectives are welfare, breeding, education and conservation. The sanctuary is home to around 50 cats including lions, tigers, leopards, jaguars, cheetahs and many more.

The initiatives undertaken are a vital part in saving some of the most endangered and iconic species on the planet from extinction. There are various projects which include co-ordinated breeding, contributions to frontline conservation strategies and the welfare of the sanctuary’s resident cats, who are not only ambassadors of their wild cousins but also play an active role in securing a future all wildlife and our natural world.

We are open all year by private appointment for experiences and we also hold annual open days once a year when we welcome families to the sanctuary to see the cats and give an insight into our conservation work.