Reigning champion Lucas di Grassi climbed from fifth on the grid to secure his first win of the 2017/18 ABB FIA Formula E Championship and mark a momentous victory on the return of circuit racing to Switzerland in over six decades. 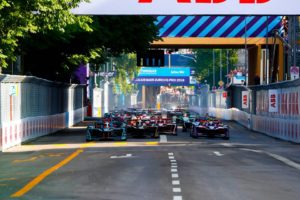 The Audi Sport ABT Schaeffler driver stood on the top of the podium at the Julius Baer Zurich E-Prix and became the first winner of a single-seater race in Switzerland since Juan Manuel Fangio in Bremgarten in 1954.

Di Grassi made his move during the first stint of the race after narrowly missing out on super pole in qualifying. The Brazilian picked off the leading pack one-by-one over the course of the opening period of the race – crucially taking the lead from Mitch Evans approaching the mid-race car swaps and held station to the chequered flag. 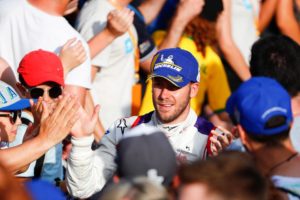 DS Virgin Racing’s Sam Bird kept his championship hopes alive with second place and a sixth podium finish of the season. Bird started the race as the only realistic contender to table-topper Jean-Eric Vergne and needed desperately to reduce the 40-point gap.

With Vergne struggling in qualifying, as well as serving a drive-through for speeding under Full Course Yellow, Bird seized the opportunity and now sits 23 points adrift heading into the season finale double-header in New York. 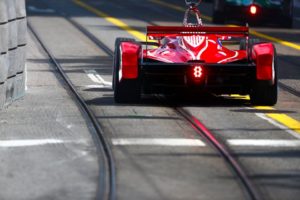 The TECHEETAH driver started on the back foot and couldn’t find the speed in qualifying, lining-up in 17th – Vergne’s lowest starting position since Punta del Este in 2015. Despite the troubles, he made progress prior to changing cars and jumped seven places in the opening nine laps.

Vergne drew alongside Felix Rosenqvist on the main straight and put a move on the Mahindra driver into the tight Turn 1. The Swede ran out of road and went into the barrier on the outside of the first corner, but managed to return to the garage and left debris across the track. 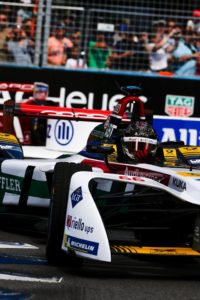 As Vergne was tussling with Jerome D’Ambrosio – and lapping Rosenqvist – the Frenchman drove over the rear wing of the Mahindra, which was followed by a Full Course Yellow to clean the section between Turns 2 and 3.

The caution period led to the majority of the field coming into the pits – to reduce the impact of the time spent swapping cars – but a slow pit-stop dropped Vergne down the order forcing him to mount yet another fightback. However, his move through the pack was short-lived after being handed the aforementioned penalty.

Di Grassi and Bird were joined on the podium by Jerome D’Ambrosio – signalling the first time the Belgian has stood on the podium since 2016 in Battersea Park. D’Ambrosio benefitted from a host of drivers also being penalised, but showed the renewed pace of the DRAGON outfit. 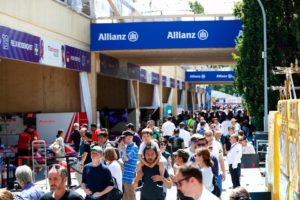 Vergne wasn’t the only driver to fall foul of speeding under Full Course Yellow – with Evans, Andre Lotterer, Jose Maria Lopez and Sebastien Buemi also being hit with drive-through penalties.

Lotterer, who started on the front row, crossed the line in fourth and also claimed the extra point for Visa fastest lap. Former champion and local favourite Buemi ended-up in fifth – passing thousands of adoring fans lining the streets in Zurich on his cool down lap. 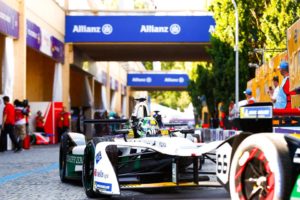 Mahindra Racing’s Nick Heidfeld earned his best finish of the season since a podium place in Hong Kong with sixth. Evans, who secured the first-ever Julius Baer pole position for Panasonic Jaguar Racing, could only manage seventh after also losing time passing through the pitlane.

Antonio Felix da Costa progressed from 15th to eighth to finish ahead of Oliver Turvey in ninth, with Vergne picking up the final point in 10th – how crucial could that point be at the end of the season?

As the season draws to a close, Formula E heads across the Atlantic to the Big Apple for the second time. The fully-electric Formula E cars will once again race in Brooklyn against the backdrop of Lower Manhattan and the Statue of Liberty for the final two rounds of the 2017/18 ABB FIA Formula E Championship – the Qatar Airways New York City E-Prix.

The weekend was amazing and the event here was fantastic. You could hear the huge number of people cheering all over the track. I tried to save a bit more energy in the first half of the first stint, and then managed to overtake the next three cars – I was a little bit lucky to overtake Mitch just before the Full Course Yellow. We did the car swap and came back out in the lead and then they all got a drive-through. Then it was pretty much about managing the gap to Sam. We’ve been very unlucky in the first half of this season and now the luck has turned – five consecutive podiums, which I think is a record. To win in Zurich is the cherry on the cake. 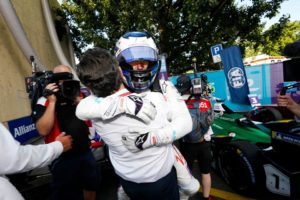 I was disappointed after qualifying, as I felt we had a missed opportunity to get three extra points for pole – the first two-thirds of the lap was some of the best I’ve driven and I threw it away in the chicane. We settled into a rhythm in the race and it’s become apparent that I have to lift more than the people around me. That’s just the way it is – but we’ve got ourselves in this fantastic position in the title fight, and scored second place today – with a little bit of luck I have to say. We can fight in New York and we know what happened there last year… I need to beat him in the first race and put the pressure on. If I can do that, then we’ll see!

We had a good qualifying in Paris, in Berlin and again today – that’s gone a long way to allowing me to have a result like today, which was very important for the team. Formula E is about consistency and putting everything together. There is a tremendous amount of work for the driver in the car, we have to take into account many things – you just have to be on top of everything and that’s part of being a good driver in this series.

– Mission not impossible; the gap at the top of the ABB FIA Formula E Championship currently stands at 23 points, the exact same amount Lucas di Grassi managed to overturn in Montreal last season. 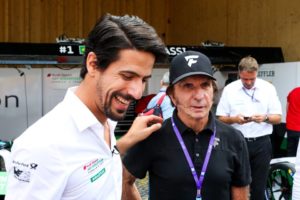 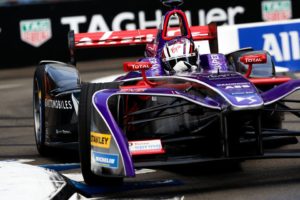 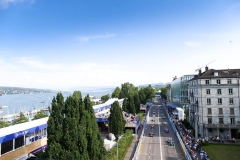 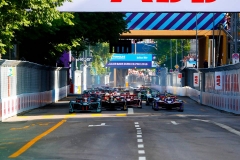 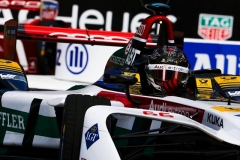 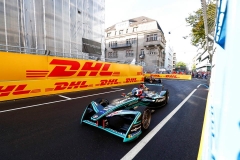 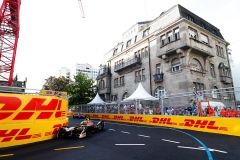 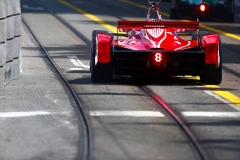 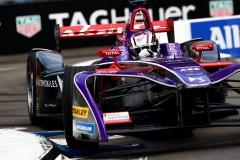 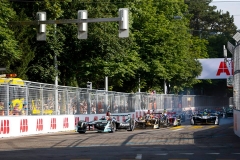 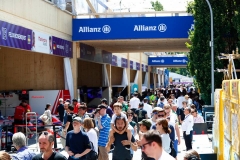 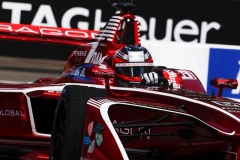 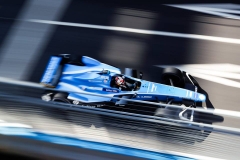 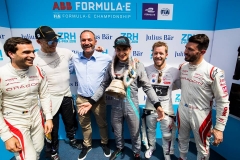 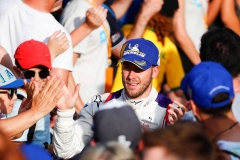 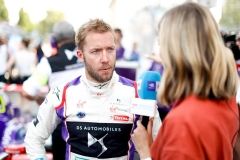 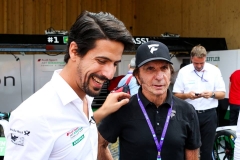 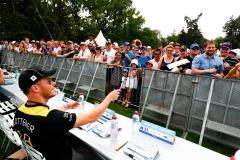 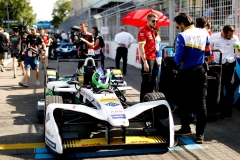 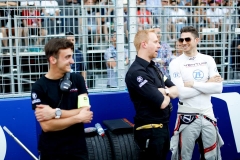 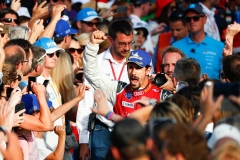 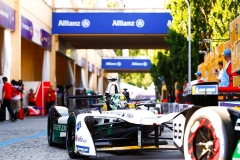