The first FIA eRX2 Championship will display 20 electric cars that will give an unprecedented power and speed to inject the excitement into electric rallycross races.

The inaugural season of the FIA eRX2 Championship – the first-ever FIA electric rallycross championship – will see up to 20 of rallycross’ brightest sparks racing wheel-to-wheel for the honour of being crowned the discipline’s first electric champion.

Preparations are continuing apace ahead of eRX2’s eagerly-anticipated debut next year, with the championship primed to light up the international rallycross scene. Testing is well underway, and a full grid of 20 cars is scheduled to be built between now and the first race – setting the scene for an electrifying maiden campaign of competition. 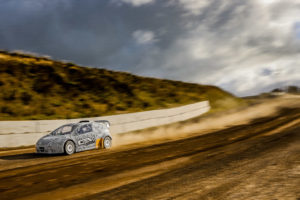 Joining the FIA World Rallycross Championship undercard for six events – with the calendar to be released in due course – the eRX2 car will mark a significant step forward in both power (+24%) and torque (+14%) compared to the existing Supercar Lites car, further bridging the gap to the headlining Supercar class.

What’s more, the emphasis will be placed firmly on ability behind the wheel as – in a first for rallycross – drivers will have three key parameters to play with before and between races, injecting an extra element of skill into the equation.

From inside the cockpit, competitors will be able to manually adjust the amount of torque produced by the front and rear motors, the total torque deployed by all four wheels during the launch and the degree of regenerative braking on the front and rear axles.

On the outside, noise will be generated by the howl of the drivetrain running at more 12,000rpm as well as the gravel spray and tyre squeals so synonymous with rallycross, promising fans a mouth-watering feast of fast-paced entertainment. 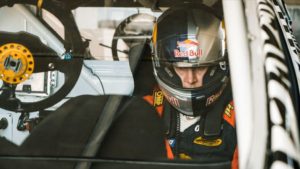 The total cost to enter a full season of eRX2 is between €150.000 and €160.000, which includes the provision of one mechanic per car – trained in electro-mobility by sector specialist QEV Technologies – and a comprehensive engineering service, composed of one chassis engineer and one electric engineer for every four cars.

Charging, tyres and other consumables such as brake pads are included in the full-season cost. Hospitality will also form part of the package, as will regular educational workshops on electric technology. The cost to enter a single event is €30.000.

We are delighted to be able to reveal more details about the new FIA eRX2 Championship, which has already attracted a high degree of interest. Our testing programme is yielding very positive results, and the car is showing its potential to be even quicker and more exhilarating both to drive and to watch than the existing internal combustion vehicle.

We understand that there are some misgivings – and misapprehensions – about electric rallycross, but our extensive experience and success in electro-mobility leaves us very confident that this is absolutely the way forward for the sport and that the final product will be the most dynamic, advanced and future-thinking car ever to grace a rallycross track.

Not only that, but with drivers able to play a greater role than before in setting up and calibrating the car, even a few seconds before starting the races, the action is sure to be fast, exciting and thrillingly unpredictable – a true level playing field in which the cream will inevitably rise to the top.

FIA eRX2 Championship, Q&A to assist competitors for the 2021 season 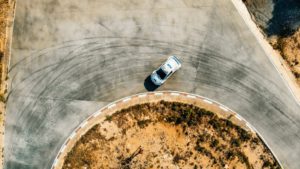 The inaugural season of the FIA eRX2 Championship is under continuing preparation and a full grid of 20 cars is scheduled to be built between now and the first race.

If you want to join in the first season of FIA eRX2 Championship to be one of the 20 drivers fighting for the historical first electric rallycross driver champion, seats are available now!

For all the information and issues you may be concerned about as a competitor, please click the button below to read the FIA eRX2 Championship Q&A to assist competitors for the 2021 season. (PDF in English language).