Eric Granado (Avintia Esponsorama) got the MotoE pole in Valencia with his Energica Ego Corsa #51 courtesy of an excellent 1’40.615secs lap-time. 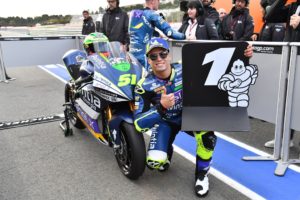 The Brazilian rider set his time after hitting the track fourth-last in the usual reversed order defined by Free Practice combined results.

In the chilly and cloudy conditions encountered today at Valencia’s Ricardo Tormo Circuit, championship leader Matteo Ferrari (Team Trentino Gresini MotoE) once again showed all his composure as he claimed the second most-prominent spot on the grid for the last two races of the season by going +0.431s shy of Granado. 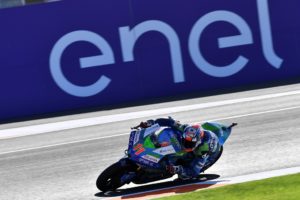 (Tech3 E-Racing), will line up in the middle slot of row two behind Bradley Smith (One Energy Racing) and Jesko Raffin (Dynavolt IntactGP) – third and fourth, respectively – with the latter able to make a big difference in qualifying after a challenging time in free practice.