Jean Eric Vergne with the DS Techeetah won at the Sanya E-Prix their first race of the season in the 2018/2019 ABB FIA Formula E Championship, in China. 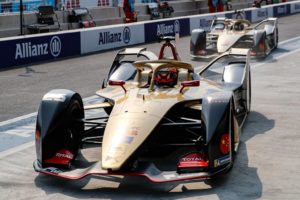 After a thrilling start to DS Techeetah’s home E-Prix, Jean-Éric who qualified second, made his move to take the lead and it kept all the way to the chequered flag with an extremely strong drive. Meanwhile, his team-mate, André Lotterer who qualified in P7 made his way up the grid to finish in P4 in the closely contested race.

What a day, our first race win as a new team and what a stellar drive from Jean-Éric to take the win at our home race. We had some homework to do after Hong Kong and we still have some left but Jean-Éric really pulled it all together today. André did a great job as well scoring some more valuable points and we’re now third in the Teams’ Championship, Jean-Éric is third as well in the Drivers’ Championship and André is in P9. We have two of the best drivers in the paddock and one incredible team. Today was a real team effort and I’d like to thank each and every team member for their efforts. 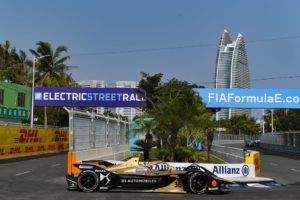 It’s incredibly tight at the top of the Teams’ championship now with the top two at 97 and 96 points respectively and we’re chasing right behind on 95. I don’t know how many times we say it but it’s true, anything can happen, and anything is possible in this championship, at every single race.

We couldn’t have had a better return to China for the championship and we’ve had a fantastic event not just on track, but also off-track with our new partner Atlantis Sanya. They’ve hosted our 150 guests in the incredible facilities as our guests were able to watch the whole race track and all the action from the hotel’s 48thfloor suite. We’d like to extend a big thank you to them for their great hospitality and we look forward to coming back next year.

This victory is a fantastic outcome for Jean-Éric and the team and it puts us in a very promising position for the rest of the championship. We were extremely competitive in all areas for the team’s home race, in China, which is an important market for the DS AUTOMOBILES.

It is encouraging to get back in the title hunt and ahead of the next races in Rome and Paris, DS Performance will be running some development tests and further evolutions will be done to the DS E-TENSE FE19 in preparation for the first two races in Europe. 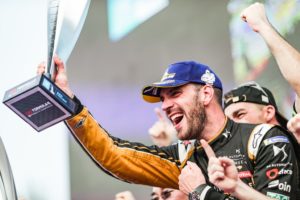 It was a pretty good race. Winning here in China as a Chinese team was something unbelievable, especially after the last 3 races that we had with no points. It’s always good to come back on top, it boosts the confidence of myself and the team, and puts us back in a good spot for the championship. I think this was the turning point of the season and now we need to just to keep on doing good work and have good races in the European half of the season. 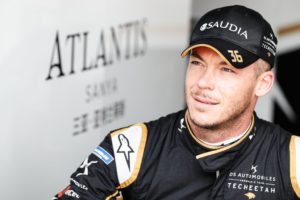 Congratulations to the team and Jean-Éric for winning the race. It’s great to win our home race! Obviously, I would have loved to have been on the podium too or even win the race as a comeback for Hong Kong. It was not a bad weekend for us, I started 7th, finished P4 and had some good overtakes and a good car. So now I look forward to going to Rome and scoring more points. 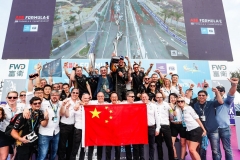 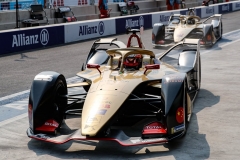 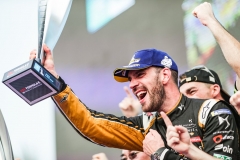 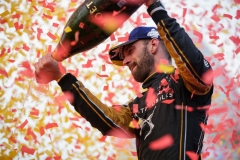 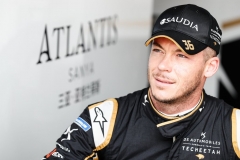 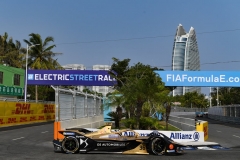