In the first day of final event of the 2020 FIM Enel MotoE World Cup at Le Mans, the fastest has been French rider Mike Di Meglio (EG0,0 Marc VDS).

The first two crucial free practice sessions ahead of the last E-Pole of the season and the first of two races, which will take place today afternoon from 16:20 local time (GMT +2).

First on-track action was crucial for the riders to get to grips with the technical French track for the first time aboard the Energica Ego Corsa, while dealing with changing weather conditions that went from wet to full dry across the two sessions. 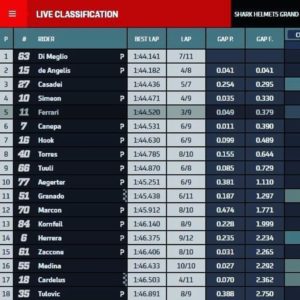 At the end of the day, it was local star Mike Di Meglio (EG0,0 Marc VDS) who topped the timesheets courtesy of a 1’44.141secs lap-time, which was only 41 thousandths of a second quicker than the one set by FP1 leader Alex De Angelis (Octo Pramac MotoE). Both the Frenchman and the Sammarinese have something to prove this weekend, especially the 15 who announced yesterday that this is going to be his last race as a professional rider.

The always-quick Mattia Casadei (Ongetta Sic58 Squadracorse), who is still in contention for the title -despite the 15-point deficit to recover – was third despite a tumble in each session, with Xavier Simeon (LCR E-Team), reigning world cup champion and current leader Matteo Ferrari (Team Trentino Gresini MotoE) and Simeon’s teammate Niccolò Canepa very close to him in fourth, fifth and sixth, respectively.

The top-ten was completed by Josh Hook (Octo Pramac MotoE), Jordi Torres (Pons Racing 40), Niki Tuuli (Avant Ajo MotoE) and Dominique Aegerter (Dynavolt IntactGP). Both Torres and Aegerter will have to step up their game in the E-Pole – scheduled from 11:45 of today Saturday – after a not so easy first day of action in northwestern France. 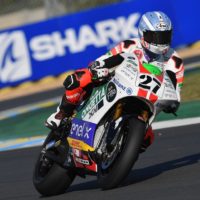 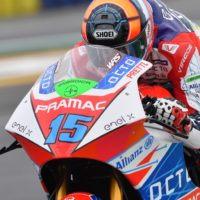 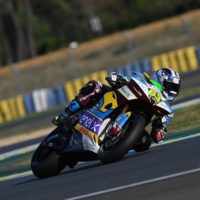 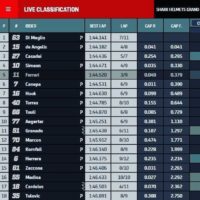 Aldeguer got the E-Pole in Austria GP MotoE

There are 0.047secs that separating the top-two riders in the Austrian GP MotoE E-Pole, with 16-year-old Fermín Aldeguer (OpenBank Aspar Team) first. […]