Founded and helmed by former racer Chip Ganassi, the eponymously-named Chip Ganassi Racing celebrates its 30th anniversary this year. Over the past three decades, the team has claimed no fewer than 19 major titles and more than 220 race wins across a wide variety of motorsport disciplines – from Indy Car to IMSA and NASCAR to the FIA World Endurance Championship – and in partnership with eight different manufacturers.

Amongst those standout achievements have been eight victories in the Rolex 24 At Daytona sportscar classic and four Indianapolis 500 successes, alongside triumphs in NASCAR’s Daytona 500 and Brickyard 400 as well as legendary endurance contests the 12 Hours of Sebring and Le Mans 24 Hours – making Ganassi the only team owner in history to win all six iconic races.

Extreme E will mark the team’s debut in electric motorsport in its 30 years of operation.

CGR joins fellow motorsport powerhouse Andretti Autosport as the second American entry in the championship. Between them, the two teams have clinched 12 of the 17 Indycar Series crowns since 2003 – Ganassi notably going unbeaten between 2008 and 2011 – and now they are set to reignite their famous racing rivalry in an altogether different domain.

In 2015 and 2016, CGR also proved its multi-surface capabilities in the Global Rallycross Championship, yielding a brace of victories and nine further podium finishes. That off-road experience will doubtless prove invaluable when it comes to tackling the diverse range of environments set to be encountered in Extreme E, each of which will shine a spotlight upon the impact of climate change and human influences on the planet – while simultaneously raising awareness, driving sustainability and inspiring action.

CGR boasts a tremendous heritage and pedigree in motorsport, achieving consistent success over three decades in some of the toughest single-seater and sportscar series around. Of course, our championship poses a very different kind of challenge, but the team has proven itself to be a winner in every discipline it has contested and clearly possesses the skillset to similarly excel in Extreme E.

And then, of course, there is the competitive edge with Andretti Autosport, who we announced last month – and it will be fascinating to see how that plays out. These two teams have engaged in some truly classic duels over the years, and we look forward to many more to come in the unique environments that Extreme E will visit.

As a leader, Chip Ganassi has never been afraid to innovate and adapt – indeed, he has won awards for his visionary, future-thinking approach – and that is entirely in keeping with the ethos behind our ambitious and groundbreaking new series, which he was very quick to embrace. I am confident that his team will add great value to Extreme E in our drive to propagate the environmental message and engineer long-lasting change through first-class sporting entertainment.

Extreme E is a very different proposition to anything we have done before, but it’s where I think motor racing is headed in the future. When I started our team in 1990, one of the founding principles I built it on was innovation. I’ve always been passionate about pushing the boundaries of what is possible, and Extreme E checks that box for us in a big way.

It represents an opportunity in motor racing to use the latest technologies to attract a new, younger audience to this great sport of ours. Everything about Extreme E is cool, from the car to the race format and the in-built technology. We’re thrilled to join the championship and to play a part in developing the future of our sport. 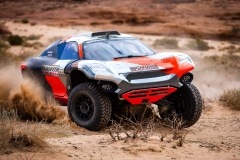 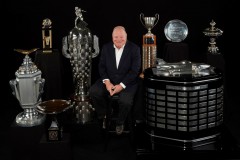 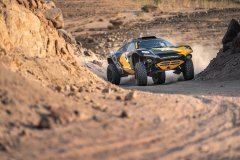 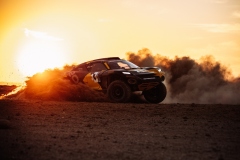 The Formula E ePrix in South Korea is not more a dream since de moment that Formula E reached an agreement with JSM Holdings as race promoter South Korean ePrix. At the moment the iconic […]