The global superstar and first-ever South Korean music artist to top the Billboard Hot 100 chart is teaming up with Formula E as a global ambassador, using their unique platform to shine a light on important social issues such as addressing air pollution.

With air pollution presenting the single largest environmental risk to human health today and causing more deaths each year than smoking cigarettes (according to the World Health Organisation), both Formula E and BTS hope to inspire the next generation and millions of young fans to embrace clean energy and become future drivers of electric vehicles.

BTS has a huge global following, with more than 60 million listeners and 3 billion streams across 79 countries on Spotify this year alone. Along with over 90 million combined followers on all official social accounts, the new partnership offers an additional avenue to further amplify the mission of the ABB FIA Formula E Championship. 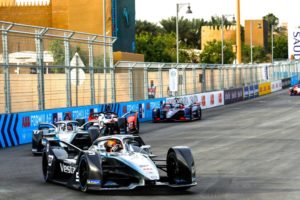 Formula E aims to accelerate the mass adoption of electric vehicles and in turn tackle air pollution and counteract climate change. As the only form of motorsport to not produce any tailpipe emissions, Formula E’s primary purpose is to increase the number of electric cars on the road and the series regularly connects with influential partners to spread its message.

Breaking the news that BTS will become a global ambassador of the ABB FIA Formula E Championship, South Korean national public broadcaster KBS also announced they will be airing the inaugural race scheduled in Seoul on Sunday, May 3, 2020.

The bespoke city street circuit takes in some of Seoul’s best-known sights, with a special section of track housed inside the Olympic Stadium and winding its way around the Jamsil Sports Complex.

We are delighted to announce BTS as a global ambassador of the ABB FIA Formula E Championship. BTS has cultivated an engaged fan base that is highly passionate about social issues and we share a common desire to raise awareness of the threat of climate change. In partnering with BTS, we will amplify our purpose of accelerating the adoption of electric vehicles to a global youth audience. Leonardo DiCaprio, Diane Kruger, Orlando Bloom and others have joined us at previous E-Prix races, and we look forward to working with BTS to continue to promote sustainability and the electric movement. We are extremely happy to collaborate with RM, Jin, SUGA, j-hope, Jimin, V and Jung Kook to catalyse a move towards a cleaner future, faster.

1 – (L-R) V, SUGA, Jin, Jimin, Jung Kook, j-hope and RM stood beside the fully-electric Formula E car for a special project to be revealed next year.

In the last Paris ePrix has been announced that Chinese driver Zhou Guanyu is the new Techeetah Formula E development driver. Zhou is a current European Formula 3 championship driver and is joining the Techeetah […]