Michael Andretti, Andretti Autosport owner  speaks in an interview about the BMW i Andretti Motorsport team and the development of Formula E.

Like all motor racing teams, Andretti Autosport has been forced to take several months off racing. With the motorsport year now gradually picking speed again, team owner Michael Andretti has a number of intensive months ahead of him.

How does Andretti Autosport manage to get through these difficult times?

Michael Andretti: We’re very fortunate to have a strong and understanding staff and very supportive sponsors. I think this global crisis has put strains on every industry. It takes a shift of mindset – not just focusing on the bottom line, but looking at how we can be good partners, how we can support our communities and how we can all work together to come through this. If we can do that, we’ll all come through this stronger.

Do you personally miss being at the racetrack at the moment or is it perhaps even good to catch a break?

Andretti: It’s kind of a ‘careful what you wish for’ situation. When we are flat out in a normal schedule, it’s easy to think that you want a break. But then when you have a two or three-month break that is unplanned, all you want to do is be flat out! I think we are all looking forward to being back at a racetrack soon.

How busy do you expect the second half of the year to become?

Andretti: I think once things get back on track, it’s going to be busy. We have INDYCAR and Indy Lights starting back up in July, Supercars shortly thereafter, our GT4 team is looking at racing again and hopefully Formula E will also be right in line with the other series. Plus, we are gearing up for further projects in 2021 – so, while it seems slow now, it remains and will be busy.

For now, the races will be without spectators. What do you think about it?

Andretti: It’s disappointing, but we have to keep the safety of our fans and teams as top priority. It will feel very different not having everyone with us at the track, but we know they are there in spirit. Racing fans are some of the best fans in the world, I have no doubt they’ll stick with us.

When was the last time you drove a race car?

Andretti: I stopped racing competitively in 2007 but did get back into the INDYCAR two-seater for a celebrity ride in 2010. So, it’s been a little while – but I’m happily retired from driving and enjoying the ownership role now.

Would the race driver Michael Andretti have liked to drive an electric racecar like the BMW iFE.20?

Andretti: It’s hard to say. When I was at the height of my racing career, it was a different time and the thought of an all-electric race car would have seemed so far out there. Not sure anyone would have believed the concept. But the sport has evolved a lot. If I was still racing today? Never say never. I think it’d be at least worth a test day, for sure.

But you were convinced of the Formula E concept from the beginning, right?

Andretti: I’m convinced because new technology seems to be the trend of manufacturers for the future, as it such a great influence on the consumer world. It’s been really interesting being involved and helping to shape the future. We have been involved with Formula E from the beginning, and to see how far the tech has come in just a few years is really impressive.

Why did you decide to join the series from the word go?

Andretti: When we were presented with the opportunity in Season 1, we had hoped the series would grow into exactly what it has become. The competition is really strong, there’s great participation from manufacturers like BMW, and the fan base is impressive and growing each year. I think it’s important to stay diverse and continue to evolve as a race team, and Formula E has provided an opportunity for that over the past six seasons.

Looking at your Formula E partnership with BMW i Motorsport: How do you sum up season 5 and season 6 so far?

Andretti: I’m really proud of our partnership with BMW i Motorsport. I think in a short time, we’ve really come on strong to show how competitive and driven we are. Our collaboration is at the highest level. Both sides have come together to build one strong team, and we continue to motivate each other to keep driving forward. I can’t wait to get back to the racetrack and pick up where we left off.

What is your favourite Formula E venue and why?

Andretti: I am probably a little partial to the New York race, since it’s a home USA race for us.

What other venues would you like to see in the race calendar?

Andretti: I’d love to see more of Formula E in the U.S. and North America. I think Miami and Long Beach were great events.

Like most other racing series Formula E has also discovered sim racing in the past months. What do you think about it?

Andretti: I think the sim racing gave us a great outlet to stay in front of fans and to provide some value to our sponsors, and it helped to keep drivers engaged. Will it be as popular when we go back to real racing? I’m not sure. But I do think there could still be a place for it from an entertainment focus, maybe in the offseason.

Andretti Autosport covers a wide range of motorsports categories. What’s the philosophy behind it?

Andretti: I think you have to stay diverse. Having the experiences and teams in different categories is part of what makes us competitive, and successful. It gives us platforms to grow our objectives, and to find the best talent and partners.

Being one of the most successful race drivers in North America, when and how did you decide to run your own team?

Andretti: I knew that I had a good career and I wanted that driving career to end on a high note, while I was still competitive. I didn’t want to just keep driving and fade away over time. I had an opportunity with the team I was driving for, Team Green, and 2003 seemed like the best time to make the transition. I bought into the team and retired from driving full-time that year, and things have grown and evolved to where we are today. Getting to this point required tenacity – you can’t give up when it gets tough. You have to keep an open mind and build a strong team around you. It takes good people. That’s what we have at Andretti Autosport.

How do you see the future of motorsport? Will it be electric or will there always be a community for combustion engine racing?

Andretti: That’s a question I don’t know the answer to. There may be combustion with alternate fuels, but we don’t know for sure. For me, I’m glad to be involved in both forms of racing. 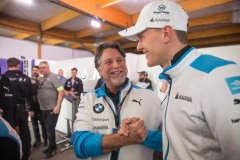 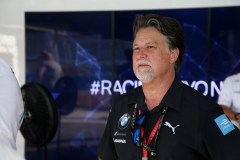 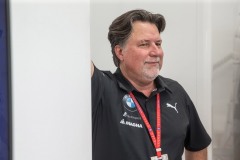