The 23-year-old was appointed the team’s official reserve driver earlier this year but will step up to a full-time race seat when the burgeoning all-electric single-seater championship gets underway on December 2 on the streets of Hong Kong. 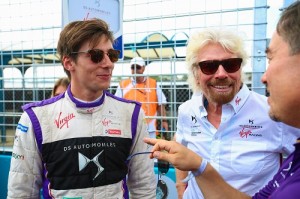 Despite his age, Lynn brings with him an impressive track record having previously been crowned the Formula Renault UK Champion, GP3 World Champion and victor in the coveted Macau F3 Grand Prix. Additionally, he has multiple wins in GP2 (now known as FIA Formula 2) to his credit and has also been a Formula 1 test driver. In June this year, he made his Formula E debut for the team in New York, securing pole position on his first attempt and becoming only the second driver since Beijing 2014 to have ever done so.

Meanwhile, Bird, who has contested every one of the team’s 33 race starts, will continue his long-standing association with DS Virgin Racing, which has seen him secure five wins and nine podiums to make him the third all-time Formula E points scorer.

Lynn will replace Argentinian Jose Maria Lopez who made his Formula E debut with the team last season. 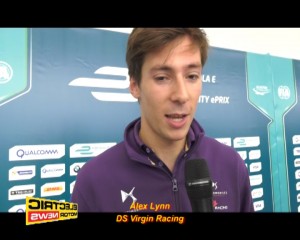 “I am over the moon at being promoted to a full-time drive with the DS Virgin Racing Formula E Team,” said Lynn. “Having worked very closely with them since January this year, it has been a genuine pleasure to learn from such a fantastic group of high quality engineers and to integrate myself into their set-up. Indeed, I have been made to feel very welcome throughout their organisation and I would specifically like to thank Alex Tai for not only giving me the chance to make my series debut in New York, but for subsequently promoting me to this full-time race seat. I am currently enjoying helping the team to further develop the car and intend to fully repay everyone’s faith in me on track next season.” 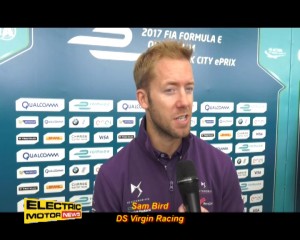 “It’s great to be remaining with the DS Virgin Racing family which I’ve been a part of since we completed the first ever test lap at Donington Park in 2014. Last season saw us take some big steps forward in terms of pace and energy management – as our double victory in New York showed – and I know the team has been working hard on maintaining this competitive edge. I’m looking forward to further success in season four and to be partnering with Alex who will no doubt prove to be a real asset to the team.” 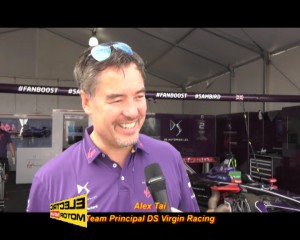 “I’m delighted to announce our driver line-up for season four. Alex has always impressed me and has a proven track record in international motorsport so I know he will perform out of the blocks as we’ve already seen. It’s also important for us at DS Virgin Racing to be nurturing young drivers like Alex and the next generation of Formula E racers. Together with Sam, who has consistently proven himself to be one of the most talented drivers on the grid, and the pace of our car, I believe we have a very competitive package that can fight at the top.

“I would also like to personally thank Jose for his contribution to the team last season and we wish him well for the future.” 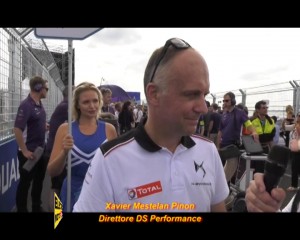 “Thank you to Jose who performed very well behind the wheel of the DSV-02 during his first Formula E season. In addition, his valuable technical feedback enabled us to progress this year. We are very pleased to continue to work with Sam Bird and Alex Lynn. Sam’s substantial experience has made him one of the quickest and most consistent drivers in the field, whilst Alex has shown fantastic promise during testing and of course his superb debut performance in New York.”

DS Virgin Racing is one of the founding and most successful Formula E teams, working in partnership with French luxury car manufacturer DS Automobiles. Last season the team enjoyed its most successful season in terms of silverware, with an impressive six podiums and two wins, together with two pole positions and two fastest laps.

The 2017/2018 FIA Formula E Championship begins in Hong Kong in December, with pre-season testing commencing on October 2 in Valencia.