With the claim “For us, sustainability means future viability”, BMW Group publishes his Sustainable Report 2017, year that for the first time the company sold more than 100,000 electrified vehicles in a single year. Although the percentage of diesel vehicles in 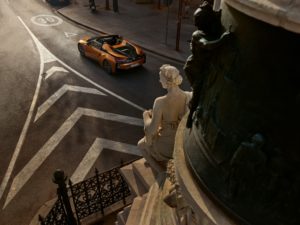 Europe decreased, fleet consumption was further reduced – to an average of 122 grams per kilometre.

As part of its approach to decarbonisation, a major breakthrough in energy supply was also achieved at the company’s production locations. In 2017, for the first time, 100 percent of the electricity purchased by the BMW Group in Europe came from renewable energies. The BMW Group also expanded its pioneering role in procurement of relevant raw materials for electromobility in 2017 – for example, by making its cobalt supply chain much more transparent. 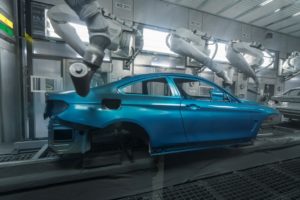 The new Sustainable Value Report 2017, that has been published in coincidence with the company’s Annual Report on 21 March 2018, provides a detailed overview of all facts and figures.

The message is clear: The BMW Group is committed to creating sustainable mobility – from suppliers, to production, to the end of the vehicle lifecycle.

For us, sustainability means future viability–for the BMW Group and for society. We know the challenges and are rising to meet them. We develop innovative mobility solutions that create additional value for customers, the company and society – said Harald Krüger, Chairman of the Board of Management of BMW AG: The BMW Group doesn’t just make project announcements – we also ensure they are implemented.

By focusing early on electromobility, the BMW Group has already earned itself a leading position in the market for electrified vehicles. In an expanded competitive environment, it is the clear leader in registrations of new fully-electric and plug-in hybrid vehicles in Europe, with a market share of 21 percent. The BMW Group’s percentage of the electrified vehicle segment is therefore already three times its market share with traditional models. 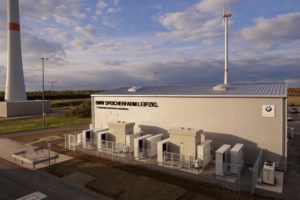 This success in selling electrified vehicles also helped the BMW Group make further progress in decarbonising its product portfolio in 2017. Despite the decreasing share of diesels in core markets, the BMW Group reduced its average CO2 fleet emissions in Europe to 122 grams/kilometre (previous year: 124g/km). Consequently, CO2 emissions are 42 percent lower than they were in 1995. The aim is to achieve a reduction of 50 percent by 2020.

In line with its holistic sustainability strategy, the BMW Group is focusing its climate protection activities not just on products, but also on emissions at its production locations. The BMW Group’s long-term aim is to achieve CO2-free production worldwide – says Ursula Mathar, head of BMW Group’s Sustainability and Environmental Protection.

Another important milestone in this direction was reached in 2017: For the first time in Europe, all purchased electricity came from 100-percent renewable energies. The goal is for all other locations worldwide to follow suit by 2020. 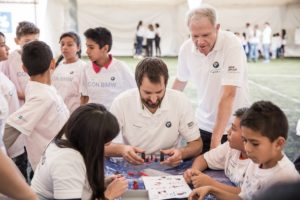 A large number of projects helped the BMW Group manage its energy resources more efficiently in 2017 and continue to reduce its CO2 footprint: For example, wind turbines at the Leipzig site ensure that the BMW i3 is produced using solely CO2-free electricity. A new battery farm at the same location enables energy from the plant’s wind turbines to be integrated into the power grid. In this way, up to 700 used BMW i3 high-voltage batteries are given a “second life”, which extends their usefulness beyond the end of the vehicle lifecycle and saves resources.

The growing use of high-voltage batteries in electrified vehicles and second-life utilisation concepts places increasing demands on a clean, transparent supply chain. This applies, for example, to the raw material cobalt. In 2017, the BMW Group became the first automobile manufacturer worldwide to publicly release information on smelters and countries of origin for the raw material. The BMW Group is also currently working with an independent partner to explore how the social and environmental situation can be sustainably improved in a model mine in the Democratic Republic of Congo. 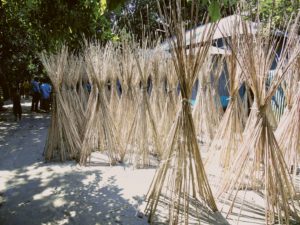 These and many other facts and figures on implementation of the BMW Group sustainability strategy in the areas “products and services”, “production and value creation” and “employees and society” can be found in the new Sustainable Value Report 2017.

The substance of sustainable development, as well as reporting transparency, are also recognised by international experts: The BMW Group is the only automobile manufacturer to feature in the rating published by RobecoSAM AG for the Dow Jones Sustainability Indices (DJSI) every year since 1999.

In the rating compiled by the Carbon Disclosure Project (CDP), the BMW Group once again earned the highest “A” rating for transparency and climate protection measures for the eighth consecutive year.

The BMW Group also achieved the top “A” rating in the CDP’s Global Water Report, which evaluates responsible use of water. In the most recent ranking compiled in 2016 by the Institute for Ecological Economy Research (IÖW) and the business association “Future e.V.”, the BMW Group’s Sustainable Value Report was named best sustainability report published by a major German company. 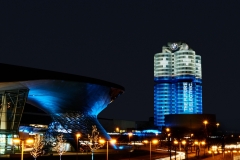 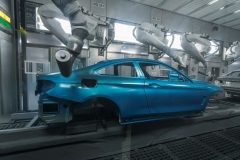 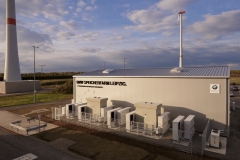 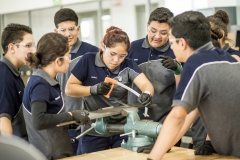 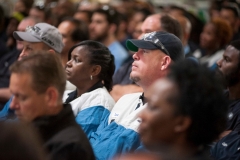 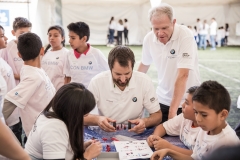 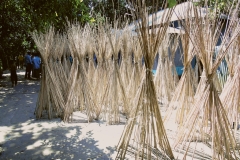 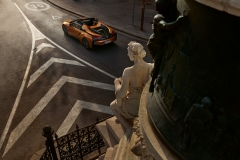