On May 8 will start the pre-booking phase for the new full-electric Volkswagen ID. in Europe and Volkswagen is launching a broad-based international e-mobility marketing campaign.

Normally, large scale campaigns only start in connection with the launch of a model, but in this case the campaign start one year before the model’s market launch and it focuses especially on the ID.

This time, more than 600 individual communication elements are being produced for distribution on various channels. The key element and the umbrella campaign will be the “eManifesto: ID. Volkswagen, just electric”, which is to be shown on the occasion of the DFB cup final in Berlin on May 25 and will “electrify” more than 50 percent of the advertising space available in the German capital. 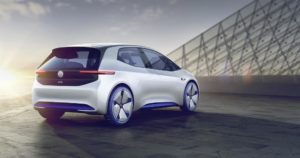 The media budget for the campaign in Europe will run well into the double-digit million range.

For the fundamental transformation of Volkswagen towards e-mobility that we are currently accomplishing, we need an entirely new marketing approach – Jochen Sengpiehl, Chief Marketing Officer of the Volkswagen brand, explains. This is why we have not adopted a conventional market launch strategy for our ID. We are starting much earlier than usual and not only talking about the project. We are concerned with communicating a new movement. Volkswagen is now making e-mobility fit for the masses. This will be signaled by the claim of our campaign: “Now you can.

The campaign was developed by Volkswagen’s new lead agency for Europe, Voltage. It is to be coordinated centrally from the ID. Launch House, located in Berlin and, based on an agile, highly-integrated working model, by Volkswagen in cooperation with its lead agencies, selected media and technology companies and Volkswagen’s most important markets for electric vehicles in Europe. In addition to the 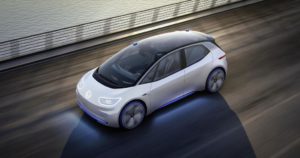 Scandinavian countries such as Norway and Sweden, these mainly include Germany, the UK, France, Austria, Spain, the Netherlands and Denmark. Especially strong growth in electric vehicles is predicted for these markets which is why Volkswagen sees considerable potential for the ID. here.

The overall campaign consists of a total of five sub-campaigns. The key element and the umbrella campaign will be the eManifesto “ID. Volkswagen Just Electric”, which is to start with its first showing on TV on May 25 on the occasion of the DFB (German Football Association) cup final within the framework of Volkswagen’s partnership with DFB. With the manifesto, the brand intends to attract the attention of the general public for its development into the leading supplier of e-mobility and to promote its full- electric ID. family. The media mix will focus mainly on TV. Other channels will include posters (OOH), digital, printed media and cinemas. The eManifesto is to be used in eight EU countries (Germany, Italy, France, Spain, the UK, Sweden, Poland and Ireland).

The pre-communication phase was initiated a few weeks ago with “influencer” films; these are videos lasting about one minute in which influencers speak about sustainability topics in their lives and link them to e-mobility at Volkswagen. The four episodes are being shown solely on social media channels. Currently, three product teaser films can also be seen on these channels. In a maximum of 15 seconds each, these films highlight the smartlight, the front headlights and the silhouette of the ID. and draw attention to the upcoming pre-booking scheme for the ID.

During the pre-booking phase, “barrier” films are being launched in early May. Five of these films, up to 30 seconds long, have been developed solely for use on social and digital media. They are intended to combat common prejudices against e-mobility as regards price, charging times and range and show that e-mobility is already ready to move out of its niche into the general market. The campaign is supplemented by a seven-part series of product films which is being launched at the same time and will   gradually provide further information on the ID., heightening anticipation in advance of the IAA. 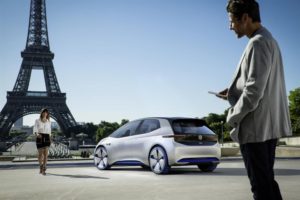 In contrast to umbrella communications with the eManifesto, the other four parts of the campaign are intended mainly to address early adopters, i.e. people and especially families who place considerable value on sustainability, are concerned with topics such as their own power supplies and are considering the purchase of an electric vehicle. The four sub- campaigns will be used throughout Europe.

All the content of the entire campaign will be combined centrally on the ID. Hub – a new content platform that is to go live at the start of ID. pre- booking.

“Will I get an electric shock if I charge an electric car in the rain?”, “How difficult is it to install a wall box for my home? – Questions such as these and many more will be answered by the ID. Hub, which Volkswagen has developed at the address www.volkswagen.de/id in the format of an online magazine and which is to provide information on all topics connected with e-mobility. In future, the ID. Hub is to be integrated in the new global Volkswagen website which will be strongly data-driven and will be characterized by a high degree of personalization and responsive design.