The project Vision 2030 of Hyper Car All Terrain by designers Giorgetto and Fabrizio Giugiaro is dedicated to the State of Saudi Arabia.

The “2030” is, indeed, completely inspired by the “Vision 2030” project that the Arab State is pursuing, with the aim of radically accelerating the country’s green transformation.

Saudi Arabia asked us to design a model that would perfectly adapt to their region, made up of completely new and decidedly wide roads, but also of deserts with dunes and rough terrains – explains Fabrizio Giugiaro. For these reasons, this car has been designed to make it able to travel in a high-performing electric mode both on motorways and desert dunes.

The Vision “2030” is an all-terrain, 2-seater, 4-wheel drive car, able to take on any type of terrain, with the same boldness that enlivens the projects of Saudi Arabia, the home of oil, but with the courage and foresight to invest in electric cars and renewable energy.

An essential point of designing the “2030” is the study of wheels and suspension systems, as Giugiaro explains:

these two elements dictated the initial shapes of the “2030”, evolved and differentiated from the Kangaroo, our concept car is attributable to the same inspiring principles – continues the designer – despite having decidedly large wheels with 22-inch rims, we have managed to maintain a streamlined and sporty silhouette for the “2030”, designing a car body that is as innovative as possible due to its to-tone effect, given by the materials of the carbon body and aluminium sides.

The silhouette of the “2030” therefore reflects the importance of the suspension system: the unique shape of the mudguards defines the car while housing the special electronically controlled suspension system. The suspension operating mechanism ensures that the car rises or lowers according to the type of terrain: the mudguard plate extends upwards, and then descends back onto the hood, ensuring significant aerodynamic advantages.

This feature further distinguishes the “2030”:

the wing generates a shadowed area that has allowed us to create an unprecedented stylistic element, which we have called “shadow lights”: highly effective shadows of reflected light, especially at night or at dusk – explains Fabrizio Giugiaro. 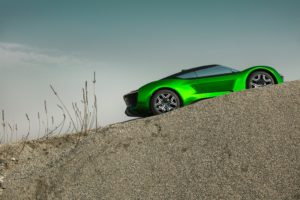 The Vision “2030” makes an impression with a strip of glass surface thanks to the careful study of the materials of which it is composed. The windshield is characterised by a mirror effect achieved with a special treatment, the structure of the central body is made of carbon, while the rest of the car is of anodised aluminium.

Another fundamental reference to Saudi Arabia is the choice of the bodywork colours – green like the flag of the Arab state – and the elements of the front, as Giugiaro explains:

the reflective front grill differs significantly from the carbon of the bonnet and has some functional cuts for cooling the batteries that recall the features of Arabic handwriting. The two elements are divided by the chromed bar with the GFG Style logo in the centre: one of our stylistic elements, which will also be found in the cars that arrive in the future.

The alternation of different types of materials and surfaces also characterises the rear of the “2030” car, with the presence of a large carbon spoiler that houses six fins with a lighting function.

The Vision “2030” is a Grand Touring car capable of allowing long journeys with high levels of comfort on board. Great care has in fact been reserved for the interior of the passenger compartment, made with high quality innovative materials.

The leather seats can be heated or cooled «depending whether you are on snow or sand», explains Giugiaro. The passenger compartment is lined with “Kult”, an elastic fabric made by the company PT – Pantaloni Torino and used to create technical clothing. The upper part of the dashboard is instead upholstered with leather worked with a carbon fibre effect.

Access into the passenger compartment is made easy by the butterfly lifting of the roof in line with the opening of the doors that open traditionally. 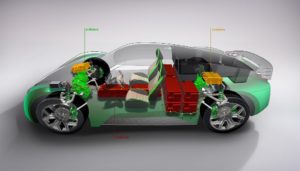 The “2030” can be transformed into an open Targa-type coupé by simply removing the two roof sections that can be stored in the boot.

Finally, an essential feature of the Vision “2030” is its technological component highlighted by the presence of six different screens. The instrumentation screen is flanked by two smaller ones that show images of the external digital mirrors; these three mirrors are protected from reflections outside the passenger compartment by an overhead cover.

A large display positioned in the centre of the dashboard controls the infotainment, an additional screen behind the gear lever allows the suspension system to be managed.

The prototype of the “2030” has been presented as travelling and performing, ready for the road with high possibilities of customisation.

A futuristic electric car inspired by Saudi Arabia which, in the words of Fabrizio Giugiaro, is linked to «a new way of seeing the world to which our 2030 wishes to give a small great contribution». 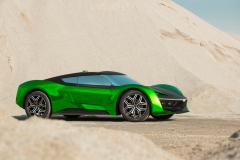 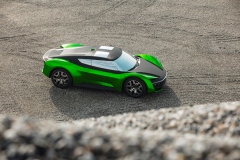 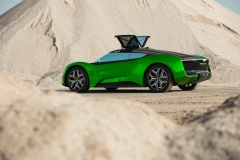 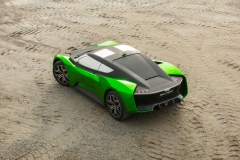 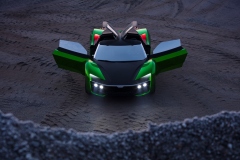 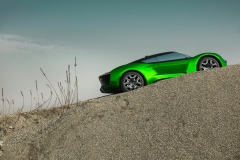 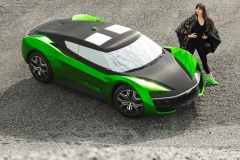 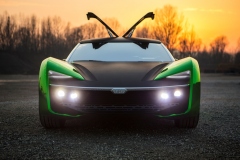 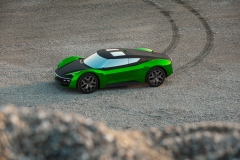 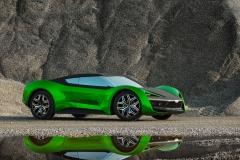 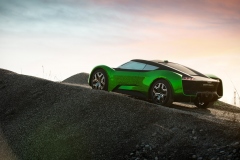 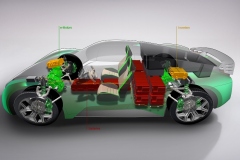 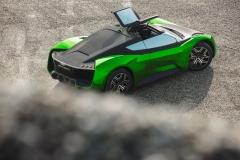 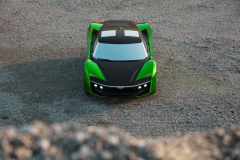 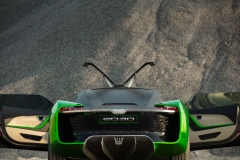 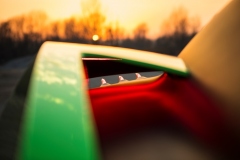 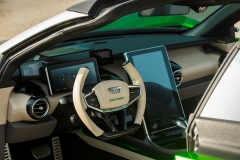