Venturi continues its development and tested Antarctica the first ever “zero emissions” electric vehicle capable of operating in extreme conditions.

Antarctica successfully passed its first road tests in the southern French ski resort of Auron as well as operational tests in a climate chamber: two critical steps before functioning at temperatures of -50°C in the South Pole. 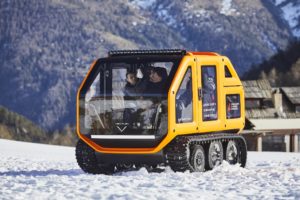 Last month, the Venturi team developing Antarctica travelled to Auron, a winter sports resort two hours’ drive from Monaco, to test the vehicle under real cold weather conditions for the first time. Over three days and four nights, the tests pitted the caterpillar tracked-vehicle against sub-zero temperatures similar to those encountered in the Antarctic. The specialist engineers also checked the on-board installations, battery and engine management, lighting and de-icing functions, as well as charging and parking the vehicle outside in the cold.

This is the same team that work on Venturi’s racing cars*, so they are very used to working with time constraints and to short deadlines – explained Nicolas Ollivier, Antarctica Developer. We have to react quickly at every stage of the project, especially during tests on elements identified as requiring optimisation.

Following the tests, Venturi Antarctica spent three days in a climate chamber in Modena, Italy, where the engineering team checked some of the vehicle’s functions in temperatures below -40°C, including the charging system, the antifreeze and de-icing system, the mechanical and electrical opening and closure mechanisms, and the display screen and joystick.

We are confident as we have all the technical and human resources needed for the vehicle to function at its best – explained Valerio Amadio, Test Prototype Manager. So far, we have been able to respond quickly to any issues that have arisen. We are now focusing on details such as correcting and improving Antarctica’s aesthetics and on-board comfort. The next test phase in Canada will enable us to continue in this positive vein.

Testing and expedition in Canada

During the first week of March, the vehicle will undergo a new phase of tests in the area around 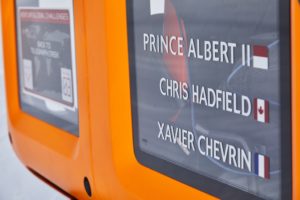 Telegraph Creek in British Columbia (Canada), in climatic conditions closer to those that Antarctica will eventually face on a daily basis. A cold snap is expected, which will see temperatures vary between -25° and -35°C, similar to the kinds of range seen in the Antarctic.

In the days that follow, Venturi will pay a symbolic tribute to the 1934 Bedaux expedition, one of the rallies that marked the pre-war history of the automobile. “Back to Telegraph Creek” is part of the “Venturi Global Challenges”**, and will see Antarctica drive the 42km leg between Dease Lake and Telegraph Creek that Bedaux was unable to complete at the time, owing to the nature of the terrain and the disastrous weather conditions. Prince Albert II of Monaco, Chris Hadfield, the Canadian astronaut, and Xavier Chevrin, President of Venturi North America, will take turns at the controls of the vehicle on this unique expedition.

** The “Venturi Global Challenges” are expeditions organised by Venturi to test its electric vehicles in some of the world’s most extreme conditions and most difficult terrain. All of the challenges are inspired by the most daring automobile expeditions of the last century. They have seen Venturi set several records and world firsts, cementing the constructor’s position as a leading pioneer in high performance electric vehicles.

Culmination in the Antarctic

Following the Canadian expedition, the vehicle will be shipped to Antarctica for the culmination of the project entrusted by Prince Albert II of Monaco to Gildo Pastor, President of Venturi. During a trip to 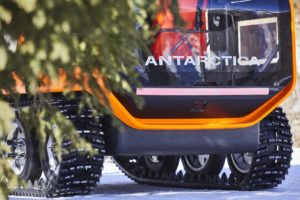 the Antarctic in 2009, the Sovereign observed that the scientific research stations had no environmentally “clean” vehicles in which to travel and move equipment. Through the Prince Albert II of Monaco Foundation – which since its creation in 2006 has supported around thirty projects aimed at promoting better knowledge and protection of these regions – Venturi was tasked with providing the scientists in the Antarctic with a solution allowing them to access their research areas, while avoiding the pollution generated by conventional vehicles. Today, the Monegasque company’s mission is approaching completion.

I am proud to see that the Antarctica project is progressing on time. The latest tests carried out and those to come mark critical stages of the vehicle’s development. My teams are working flat-out to ensure that the Antarctica functions effectively in the extreme Antarctic conditions. As we approach the final goal, I’m delighted with the scale of the challenge we have set ourselves: Antarctica is a wonderful adventure “Made in Monaco”, a combination of innovation, cutting edge technology, and a contribution to environmental protection and scientific research – declared Gildo Pastor, President of Venturi. 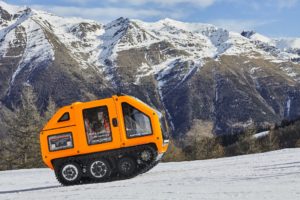 The idea for Antarctica originated from a desire to create a zero-emission futuristic vehicle, something close to a robot or a drone. As this vehicle is being built to be used in the most pristine of environments, I wanted the style of this vehicle to be clean and with a non aggressive aesthetic.

The Antarctica is designed like a modern house – clean lines, light and fresh. The main focus of design is the vehicle’s openness to the environment. Antarctica has four openings – 2 side doors and 2 windows at the front and the rear. The driver sits alone and has a 180° view of the surroundings. As in all Venturi vehicles, Antarctica provides an exceptional driving experience.

Antarctica is also an extremely functional vehicle in that it is designed to be easy to construct, use and maintain. Along with promising performance in sub-zero temperatures, it is calibrated to allow two vehicles to be transported one behind the other in standardised containers, making Antarctica very easy to transport and user friendly – said Sacha Lakic, Antarctica Designer

With Antarctica, Venturi – holders of the world speed record in the electric category with 576 km/h – begins a new chapter in its history, as it prepares to celebrate its 20th anniversary in the spring of 2020. 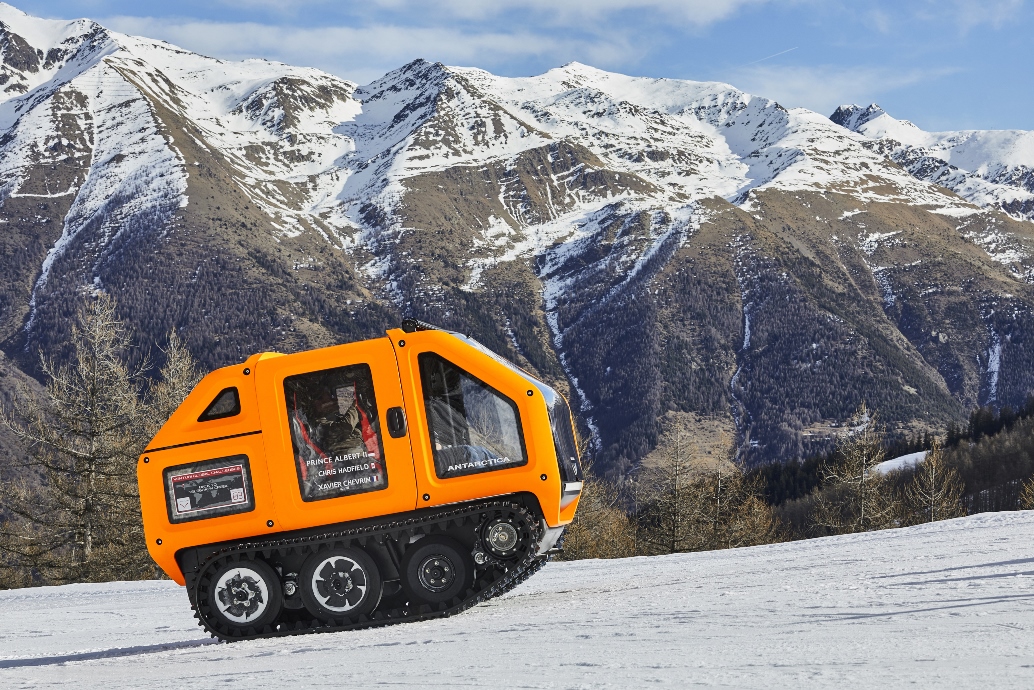 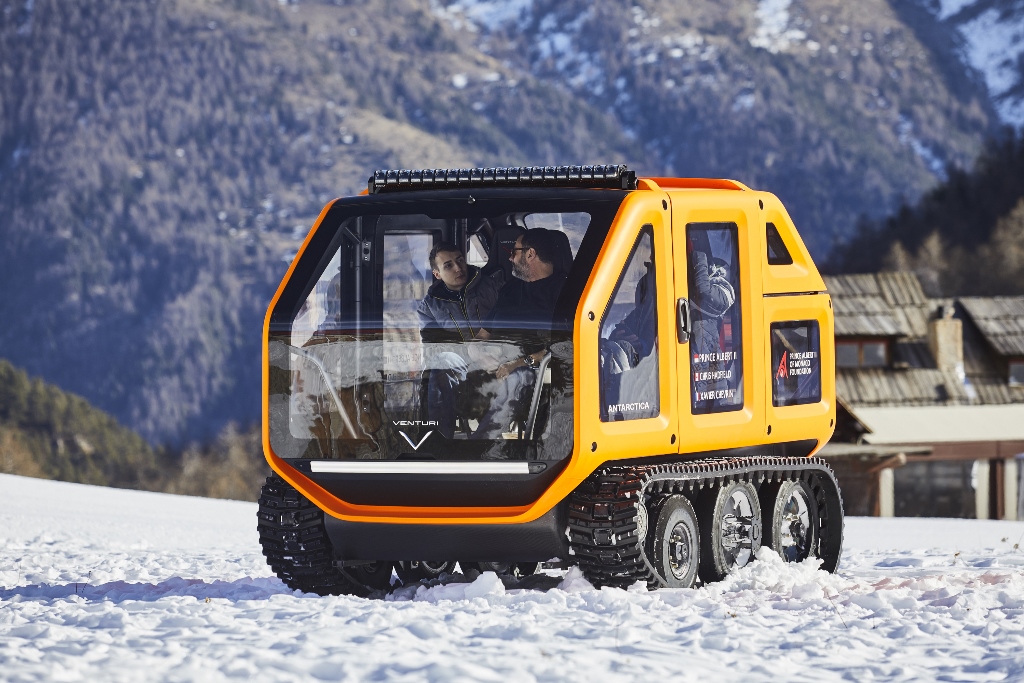 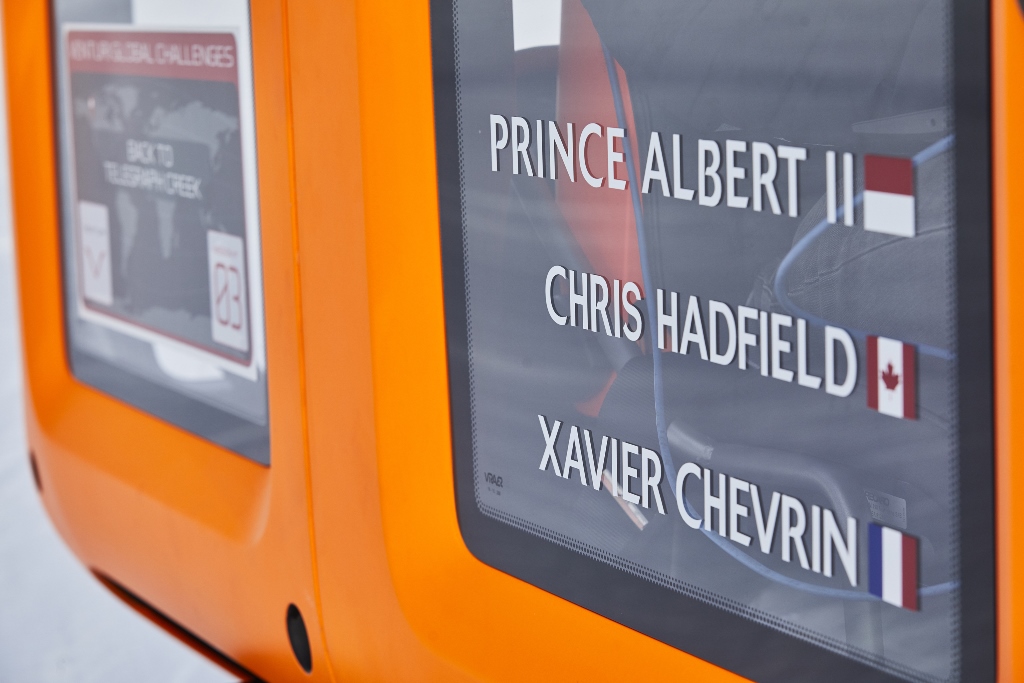