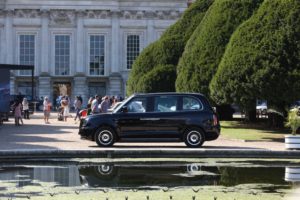 The LEVC TX, enjoyed a Royal reception at the weekend by supporting the prestigious Concours of Elegance car show held at Hampton Court Palace, hosted by Prince Michael of Kent, the Concours of Elegance, which raises huge sums for charity each year, saw 13,000 motoring enthusiasts flock to the gardens of Hampton Court Palace to enjoy some of the rarest motoring exotica in the world. 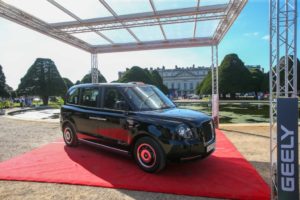 VIPs and dignitaries from all over the world were in attendance, many showing examples from their own car collections, and on hand to shuttle special guests of the show in and around Hampton Court Palace, was the zero-emission capable LEVC TX.

Invited by the organisers as an iconic British design and a widely-recognised image of London globally, the new TX was also presented on the Concours live stage alongside fellow UK automaker and part of the Geely Group, Lotus. 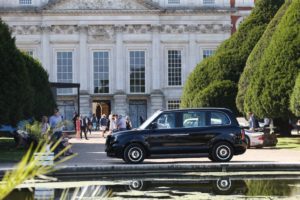 LEVC’s TX is a range-extended electric vehicle – which means the vehicle is only ever driven by its powerful electric motor. However, there is a small petrol engine on-board which can top-up the battery, should the driver be unable to charge. This technology gives drivers a range of up to 377 miles, and a zero emissions range of 80 miles. 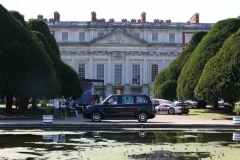 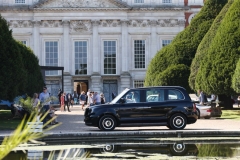 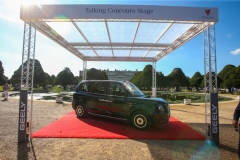 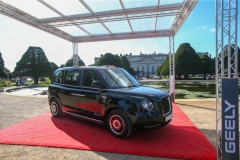 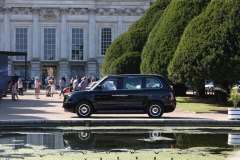 Revealed the Lotus E-R9, the EV endurance race car for 2030

The next generation electric endurance racer Lotus E-R9 has been unveiled with dramatic new design study and could be on the starting grid on 2030. […]

Collaboration between Zeekr and Mobileye on Consumer Autonomous Vehicles

Zeekr will collaborate with Mobileye to deliver the world’s first consumer autonomous vehicles with L4 capabilities by 2024. […]