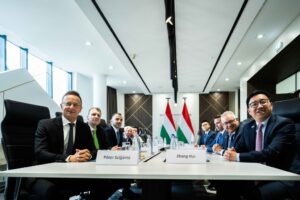 With a footprint of around 10,000 square meters, NIO Power Europe Plant, as NIO’s first overseas plant, will serve as the manufacturing, service and R&D center for NIO’s power products in Europe, with its major business covering the manufacturing and after-sales service of battery swapping stations, training for power operations in Europe, and the R&D of power products.

Its launch will further enhance the deployment and service efficiency of NIO Power in Europe, bringing a better ownership experience for European users.

After entering the Norwegian market, NIO will expand into Germany, the Netherlands, Sweden and Denmark in the second half of this year with its products and comprehensive services. The operations of NIO Power Europe Plant will add further momentum to the construction of NIO Power Swap Stations in these countries, laying a solid foundation for local battery swapping and charging services.