The new fully electric city bus Mercedes-Benz eCitaro got another big success and now has been crowned City Bus of the Year 2019 in Spain.

The jury was made up of 46 experts from transport companies and associations, and the vote is run by the Editec publishing house.

After being presented to the world for the first time during the IAA for commercial vehicles in autumn, series production of the vehicle has since started and the first buses have been brought into operation on regular-service bus routes.

The victory in Spain is already somewhat a tradition for Mercedes‑Benz: last year, the Tourismo won the accolade of Touring Coach of the Year. 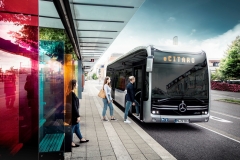 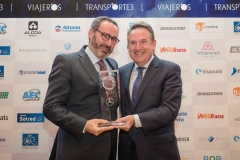 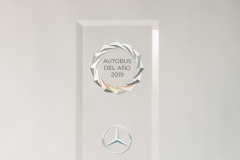 Mercedese Benz eCitaro celebrated its prominent world premiere at the IAA and now its already bringing a breath of fresh air to Hamburg. Mercedes‑Benz delivered the first series production model of an urban bus with […]

Success for the Mercedes-Benz eCitaro, that has been choice by Voyages Emile Weber, Norgesbuss and Bergkvarabuss, from Luxembourg, Norway and Sweden respectively. Renowned companies from three countries choose the eCitaro After many orders from German […]