The company also showcased its latest Dynasty series of vehicles, which were recently unveiled at the company’s spring product launch in Beijing. A total of 23 new car models were exhibited at the event, fully demonstrating the BYD New Architecture (BNA) design, the 3rd generation of Dual Mode technology, plus the world-leading e-platform framework.

BYD’s strong new product capabilities, as well as its redefined auto design brought by its new international team sets a new blueprint for the country’s carmakers and launches a new era of powerful and technologically advanced Chinese cars.

ushering in an even larger market outbreak. Presently, we stand at the intersection of old and new kinetic energy conversion for mobility, but also a new starting point for high-quality development –Wang Chuanfu, Chairman and President of BYD, said during a press conference at the event. To meet the arrival of complete electrification, BYD has formulated a series of strategies, and is well prepared. BYD’s latest offerings will bring you a whole new experience, while delivering new power to Chinese cars!

The concept car uses the “Dragon Face” design language, successfully applying the elements of a Chinese dragon into a super car design, such as headlights resembling “dragon whiskers”, a “dragon ridge” on its roof, tail and seats and “dragon-scale” features on its door panels. It also boasts a three-screen interconnection, a retractable steering wheel plus a “BYD heart” and other technologies.

BYD’s all-new Song Pro offers an eye-catching, confident look, which effectively makes it the icon of the entire BYD Dynasty series, embodying the company’s huge design improvements. This SUV is built under the BNA architecture, featuring a wheelbase of 2,712mm, with a large five-seater space comparable to a medium or large SUV. It features a smoother and more comfortable ride, with “library-level” quiet engineering, low wind drag and efficient energy consumption. 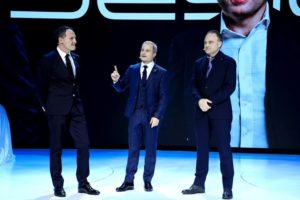 As well as the concept car and Dynasty series, BYD e Series models e1, e2 and s2 also attracted much attention at the auto show, and all three inherit the design genes of BYD’s new international design team. The e1 is positioned as an economic pure electric compact car, built using the BNA, BYD e platform and DiLink Intelligent Network system, with running costs as low as 0.05 RMB (0.007 USD) per kilometer, while providing enough charge for 100km in just 12 minutes.

The s2 is an all-around smart SUV, offering 305km coverage fully charged, and taking just 15 minutes to provide charge for 100km of coverage. The e Series also come equipped with rich, fun and intelligent networking functions, which means that they offer both top quality and a higher price-to-performance ratio. Their core technologies, stylish designs and smart features make them an attractive buy for younger consumers.

BYD adheres to its “technology based, innovation oriented” concept. With its solid R&D strength and innovative development model, it has achieved comprehensive development, playing a decisive role in many fields such as automobiles, rail transit, electronics and the renewable energy-related business (solar and energy storage). In the automobile sector, BYD has ranked first in global EV sales for four consecutive years (2015-2018), and its new energy vehicle footprint can be found in more than 300 cities in over 50 countries and regions around the world. 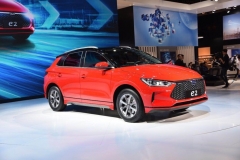 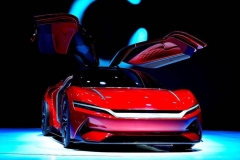 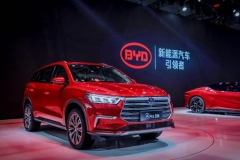 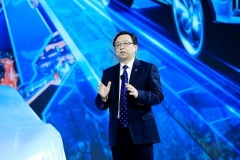 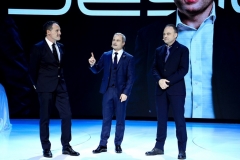