Seat decided to start the own offensive in the field of electric cars putting in production the Mii Electric model, with a range of 161.5 miles (260km* WLTP) 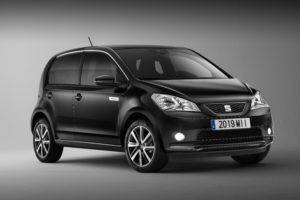 The Mii electric fuses dynamism, urban design, an advanced powertrain, and new levels of connectivity with affordability and low cost of ownership, to offer a vehicle that is ready to meet the challenges of the city and the needs of a new generation of customers.

Seat’s first production all-electric vehicle also lays the groundwork for future members to join the family, with more EVs and PHEVs due in the near future, including the all-electric Seat el-Born, plug-in hybrid 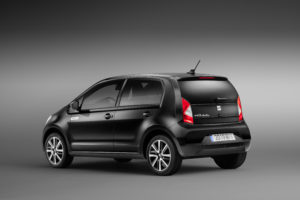 The market is changing, and electrification is expanding at an unprecedented rate. In Europe, the electric vehicle market grew by 46% in the first 4 months of the year, moving forward we expect electrified vehicles to play an important role within our range – said Luca de Meo, President of Seat. The Mii electric is the start of that journey, and at the same time brings to the market an affordable electric car.

Thanks to its compact dimensions, the Mii electric offers great agility while driving in the city and while parking. The Mii electric has been designed to meet the demands of modern driving, whether you are navigating the bustling streets of the inner city or cruising through suburbia. 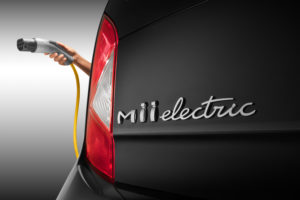 The Mii electric’s exterior is subtlely refreshed with the introduction of electric lettering at the rear, electric stickers on the side and 16-inch alloy wheels in matte Cosmo Grey. Inside, delicate changes include a new dashboard, ambient lighting, sporty and heated seats, black sport leather steering wheel, gear knob and handbrake. In addition, the Mii electric inlcudes safety technologies such as Lane Assist and Traffic sign recognition as standard equipment. But the greatest transformation comes under the bonnet.

The Mii electric’s motor, linked to a single speed transmission, provides its 61kW (83PS) of power and 212Nm of torque instantly, meaning the five-door car can reach 31mph (50km/h) from a standstill in only 3.9 seconds – perfect for jumping in and out of traffic. And the car’s 36.8kWh lithium-ion battery pack, provides up to 161.5 miles (260km*) of range from a single charge based on the WLTP test cycle.

The Seat Mii electric combines every attribute customers expect from the brand: fun to drive, performance and acceleration, but sprinkles added qualities on top: silence, low cost of ownership and even greater levels of connectivity – said Axel Andorff, Executive Vice-President for Research & Development at Seat.

The all-electric city car is the first model to include Seat CONNECT, giving remote access and management of the vehicle. Customers can review driving data, parking position, the vehicle’s status, including doors and lights, and the ability to control air-conditioning remotely, all from their smartphone app. 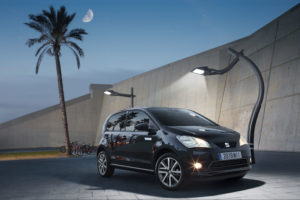 When the Mii electric enters its key markets – Germany, Netherlands, Norway, France, Spain, Austria, UK, Switzerland, Italy, Belgium, Denmark, Finland and Sweden – it will be one of the most affordable electric vehicles on sale.

The Mii electric is the latest part of Seat’s electric story. In 1992 Seat produced an all-electric Toledo to accompany athletes on the route of the marathon event during the Barcelona summer Olympic games. The vehicle boasted a range of 40 miles (64km) from its 500kg battery pack which could be recharged using a 2kW AC power supply. 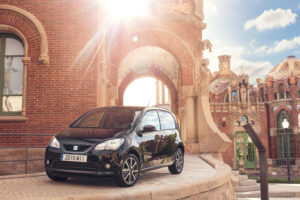 More recently Seat introduced the e-Mii prototype carsharing pilot project. A fleet of five all-electric Mii prototypes are used on the roads of Barcelona, allowing more than 1,000 employees at Seat Metropolis:Lab Barcelona and the Pier 01 Barcelona Tech City, to hop in and out of vehicles as and when they need.

The project has fed into the Mii electric and given valuable insight into how electric vehicles work on public roads.

Seat Mii electric production will begin in Bratislava (Slovakia) in Q4 2019, with market introduction in Q1 2020. The reveal of the car took place on June 4th in Oslo, during the brand’s Seat On Tour event. 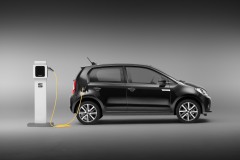 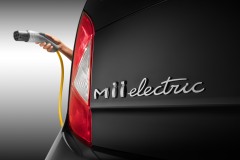 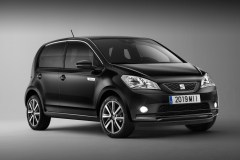 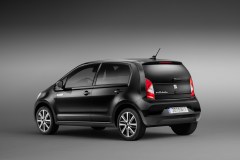 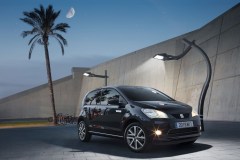 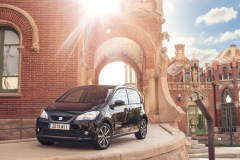 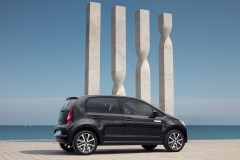 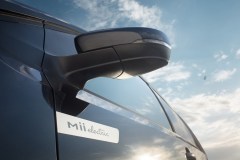 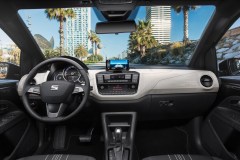 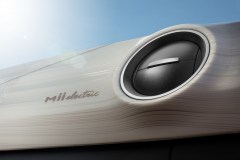