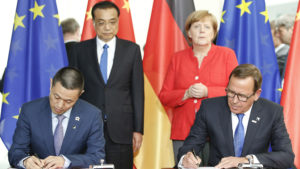 The components will be further developed for NIO’s future models.