Another milestone in its corporate history has been reached by NIO by producing its 100,000th production vehicle on April 7th, 2021.

Exactly 1,046 days on from NIO’s flagship ES8 SUV starting serial production, the 100,000th NIO car – the latest ES8 – rolled off the production line at the JAC-NIO manufacturing centre in Hefei, China. NIO users of the first generation ES8, ES6 and EC6 joined staff to celebrate this moment, in line with local government guidelines, together. 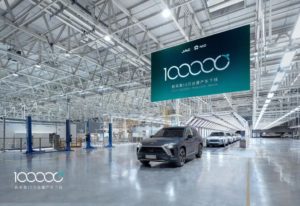 EV Technology Group Ltd. announces that it has entered into terms with MEPC Silverstone Park, securing a 90,000 sq ft industrial lease at the historic motoring site. […]