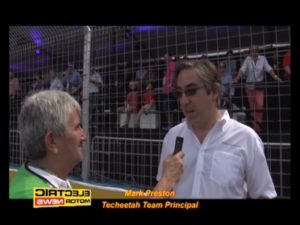 Electric Motor News spoke with Mark Preston and he authorized us to re-publish his letter… with the intention to offer our small contribution to the sensibilization about environmental and climate problems.

An open letter to Scott Morrison: we need a green new deal. Now

Mark Preston has travelled through the world of the Australian automotive industry to Formula 1 and on to Formula E and autonomous vehicles, constantly considering the future of his favourite subject — cars. The race team he leads — DS Techeetah Formula E Team — are the current title holders in Formula E and his StreetDrone business presented autonomous vehicles at the CES Technology world fair this week in Las Vegas.

I’m an Aussie who grew up only dreaming about V8’s and going fast, but on my recent visit home from the UK for Christmas, I was shocked by the extent of global climate change as I drove to Sydney and back for New Years celebration by the harbour. My shock was matched by the surprise that while the country burns, our government backs yet more coal mining and gives no thought to the manifest alternatives our country has at its fingertips.

As we drove along the Hume Highway stopping at my childhood tourist stops like the Big Koala, Big Merino, Ned Kelly and the Dog on the Tuckerbox, we were blown away by the sheer amount of smoke that was hanging in the 40-degree heat that soaked the countryside. A red/pink sun beat down on the dry land below as we tried to take photos to do justice of this apocalypse.

I hadn’t realised until I did a Google searched for “are these fires as big as previous”, did I find an article on the Guardian Australia website answering those exact questions. I didn’t appreciate while working out of the country that Australia was going to open the world’s biggest coal mine while its own countryside was burning. I do accept that expanding economies like India have the right to also grow, however, we could develop technology around energy supply in parallel, using the earnings from those resources.

A green new deal has been proposed recently, but yet time after time people and government focus on short term gains ignoring the longer term.

Why are we not embracing the competitive advantage that our country enjoys with vast amounts of natural resource and thinking about the endless possibilities that this provides for the future generations?

I moved from gas-guzzling F1 to the new Formula electric (Formula E) race series because it offers a pathway to change how we move & travel as a society. Of course, electric vehicles are only zero emissions at the point of use and can rely on electricity grids powered by carbon. Greening the grid is therefore as important a part of the solution as electric mobility.

But there is hope, especially here in Australia as solar energy is something we have in abundance, as well as many brilliant young engineers who could power our national endeavour to take a global leadership position in clean energy. Our ‘over-supply’ of solar energy has the potential to be converted to hydrogen or ammonia to power new transport solutions and we have at our fingertips the potential to move up the supply chain and be a leading supplier of energy without being the world’s coal mine. 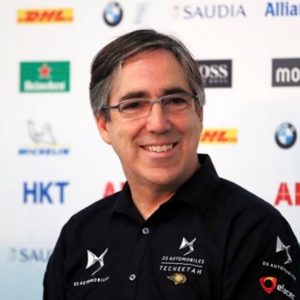 My own story convinces me this ambition is possible. I was born in the Ford town of Geelong and quickly fell in love with the automotive industry. I moved to the UK and joined McLaren Formula 1, and in time, set up my own F1 team, but always had a weather eye on a sustainable future and so I supported the spin-out of an electric motor company from Oxford University and in time, I built my own Formula E team. Today Formula E is in its 6th season, enjoys the commitment of ten car makers and has changed the world both in racing, but is also having a transformative impact on the development of new personal mobility solutions too.

It is not important to revive the automotive industry in Australia. We have advantages in this country and can focus on these strengths; natural resources must be our focus and amongst these agriculture and energy! But we must also look at autonomous driving systems. I am focusing on the potential future of the mobility business which will be dominated by the concepts of connected, autonomous, shared and electric vehicles, and so should you.

History has shown time and time again that long term thinking provides huge gains economically and socially in the future. In his seminal book on the competitiveness of nations, Michael Porter wrote:

“A nation’s competitiveness depends on the capacity of its industry to innovate and upgrade” and with the current environmental backdrop, we have two compelling reasons to innovate our way out of a crisis.

This occurs when competition is opened up, with governments opening and supporting innovation in industries that play to the strengths of the country with goals like becoming the world leader in off-highway autonomy, long haul hydrogen vehicles, mining trucks and agriculture and solar power delivering sustainable energy carriers using hydrogen and ammonia concepts.

Australia, wake up to the coming changes in global climate change and embrace the competitive advantages that this fine land has given us and let’s get a grand green new tech deal done!