Mercedes-Benz Cars is starting construction of its first “Full-Flex Plant“ in Kecskemét, Hungary, about 90 km in the south of Budapest.

Overall, the company is investing one billion euros in the new car plant and creating over 2,500 jobs. The first global “Full-Flex Plant” of Mercedes-Benz Cars is the next step on the road to smart production: it is based on the “Factory 56” principles introduced in February, and is thus digitised consistently, designed for sustainable production and puts the human right at the centre of all activities.

With an investment of one billion euros, we are building in Hungary the first ‘Full-Flex Plant’ in the global production network of Mercedes-Benz Cars. In a ‘Full-Flex Plant’, several vehicle architectures from compact models to rear-wheel drive sedans and various drive forms, including electric vehicles, can be flexibly produced on one line. Thereby we lift the production concept of ‘Factory 56’ to the next level – says Markus Schäfer, Member of the Divisional Board of Mercedes-Benz Cars, Manufacturing and Supply Chain.

The new car plant in Kecskemét consists of a press shop, a body-in-white shop, a paint shop and an assembly. The plant is highly efficient and has a CO2-neutral energy supply. With the “Full-Flex Plant“, Mercedes-Benz Cars is creating additional capacity and also technical requirements for the flexible production of future vehicles. This includes passenger cars with a wide variety of body and drive variants. Both passenger cars with conventional drive variants and also electric vehicles using the latest technology in automated driving can be produced – under the premise of safety and in compliance with the statutory regulations.

To mark the laying of the cornerstone for the second plant at the Hungarian site in Kecskemét on June 5th, 2018, representatives from the worlds of politics and business came together. Besides Markus Schäfer, Péter Szijjjártó, Minister of Foreign Affairs and Trade of Hungary, Klaudia Szemereyné Pataki, Mayoress of Kecskemét and Christian Wolff, CEO of Mercedes-Benz Manufacturing Hungary Kft. and site manager for the Mercedes-Benz Kecskemét plant, took part in the celebrations.

A new era has begun in the global economy: a modern industrial revolution is taking place and the automotive industry is the flagship. The task of the Hungarian economy is to remain successful in this era – and the results to date show that the country is not only able to hold its own, but is also one of the most successful countries in Europe.

In February, Mercedes-Benz Cars presented “Factory 56” in Sindelfingen, one of the most modern car production facilities in the world. The human is at the centre of all activities and it is consistently “Digital, flexible, green”. Core elements are the digital interconnection of the infrastructure including the digital control of the material flow and the quality control. Tablets, handhelds, smartphones and smart watches support employees in their daily work. The plant is not only digitised consistently according to Industry 4.0, it is also connected to other productions in the global production network.

The company is now transferring the blue print of “Factory 56” to a complete factory. Because all parts of the plant – from the press shop to assembly – are new, the entire production flow can be optimally coordinated. In addition to the fully flexible production of vehicles with front- or rear-wheel drives, other types, such as electric drives, can also be produced on the same line. Production will start at the beginning of the next decade.

For the new „Full-Flex Plant“, 972,700 m3 of earth are being moved. The area under construction is 382,033 m2. This corresponds to approximately 54 football pitches. More than 17,000 tons of steel will be used in the construction of the second plant at the Kecskemét site. With this amount of steel, around 1.7 Eiffel Towers in Paris could be built.

Our existing Mercedes-Benz plant in Kecskemét has been a real success story since production started in 2012. Here we produce compact vehicles with front-wheel drive architecture for the world market. Today we continue to write history, as the second plant in Kecskemét not only contributes to the growth of the Hungarian automotive industry, but also provides future generations with direct access to international expertise and creates attractive long-term jobs – says Christian Wolff, CEO Mercedes-Benz Manufacturing Hungary Kft. and site manager of Mercedes-Benz Kecskemét plant.

Already in the planning phase, the “Full-Flex Plant“ is fully digitally depicted and optimized. A new press shop, the body-in-white shop, the paint shop and a flexible assembly system for future requirements together with Industry 4.0 create the prerequisites for a flexible production independent of vehicle architecture and drive form.

Production is based on “Lean Production” specifications and includes an ideal plant layout with short distances and processing times for maximum efficiency with a common pulse rate throughout the entire production process. This also includes human-machine cooperation and digitally supported processes, including work organization, logistics and quality assurance.

The body-in-white shop also has new production concepts: from the very first component, the production sequence is defined as in a pearl chain. In the body-in-white shop of the future, the individual stations are flexibly combined. Due to this flexibility, different derivatives of a series can be manufactured simultaneously. Today, this requires several specific production lines.

Modern logistics concepts are also integrated. State-of-the-art Pick-by-Light or Pick-by-Voice technologies are used in the picking areas. While with Pick-by-Light the articles and quantities to be allocated are transmitted to the order picker via a compartment display arranged directly at the picking compartment, the Pick-by-voice employee receives the orders from the warehouse management system via radio directly into the ear.

The human is at the centre of all activities: the employees work at ergonomically optimised workstations and are optimally supported in their tasks by digital tools. The focus is on the use of intelligent, flexible technology. Intelligent human-machine cooperation makes partial automation possible to relieve humans. The design of workplaces and rest areas is based on ergonomic principles and enables new forms of communication in a modern ambience.

Characteristic for the automobile production of the future and thus also for the second plant at the Kecskemét site are modular building structures with a design that is both energy efficient and green, so environmentally friendly. Furthermore, the avoidance of waste and the reduction of water consumption are a guideline that is applied throughout the entire operation of the site. Finally, the second plant at the Kecskemét site uses renewable energies and will therefore have a CO2-neutral energy supply.

In Germany and Europe, Mercedes-Benz Cars has paved the way for green production. All German plants will be supplied with CO2-neutral energy by 2022. Today, new plants in Europe are already planned with a CO2-neutral energy supply from the start. 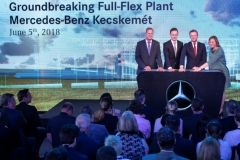 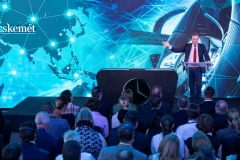 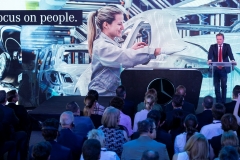 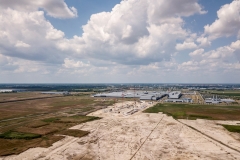 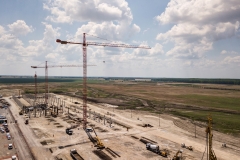 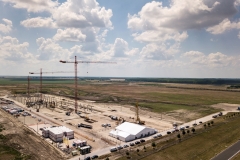 Mercedes Benz pushes ahead electric initiative expanding its capacities for electric cars in Europe and now the Hambach plant in France will produce a compact electric car of the new product and technology brand EQ. […]