The real-world testing of rugged off-road vehicle demonstrates broad applications with large-scale solar operation, firefighting and agriculture partners and Honda will be seeking potential business and technology partners for it.

Combining Honda’s all-terrain vehicle (ATV) and emerging advanced autonomous technology, the Autonomous Work Vehicle was designed by Honda R&D Americas to enhance efficiency and safety for public, commercial, and consumer enterprises. Envisioning the potential to support people in a variety of industries, such as search and rescue, firefighting, construction, agriculture, landscaping, and snow removal, Honda welcomes potential partners to meet with the company’s engineers at its CES booth #7900 in the North Hall of the Las Vegas Convention Center, Jan. 8-11, 2019.

The Autonomous Work Vehicle is based on Honda’s proven ATV chassis, built on a 30-year history of accessing hard-to-reach locations with its rugged four-wheel drive system. The prototype vehicle features GPS and sensor-based autonomy capable of guiding the unit in almost any environment, a rail accessory mount system for limitless accessories and attachments, and onboard power plug-ins. Its compact size and off-road capabilities make it highly maneuverable and perfect for a variety of locations, from dense forests to urban pedestrian zones. Further demonstrating its autonomy, the vehicle can be programmed in different modes – “Follow Me,” “Pattern,” and “A to B” – to accommodate a range of applications.

Since introducing the Autonomous Work Vehicle as a concept under the name 3E-D18 at CES 2018, Honda has worked with a variety of partners to beta-test and evaluate potential uses in a broad array of environments, including a large-scale solar operations company, wildland firefighting, and an agricultural research facility. Honda will share the results of these real-world tests at CES 2019.

Honda showed its vision of the Autonomous Work Vehicle as a concept at CES 2018, and we’ve been testing in real-world scenarios to demonstrate the value and capabilities of this unique machine – said Pete Wendt, senior planner in Advanced Product Planning, Honda R&D Americas. Honda is looking for additional partners to evolve the technology and develop attachments or accessories that will expand the potential uses for the Autonomous Work Vehicle.

Honda evaluated use cases for the Autonomous Work Vehicle in three different environments: a large-scale solar operations company in North Carolina, a wildland firefighting division in Colorado, and an agricultural and environmental sciences college in California.

For the solar operations company – spread across 178 rural acres in North Carolina – vegetation management is one of its largest challenges to reliable and affordable energy generation. It currently uses both sheep and manual labor to keep the vegetation under control. In the real-world testing scenario, Honda equipped a tow-behind mower to the Autonomous Work Vehicle allowing it to remove weeds around the solar panels efficiently and safely. With its autonomous capability, the vehicle provided the solar operations company with a more consistent and faster solution to manage its vegetation.

In Colorado, one of the biggest challenges for the division that manages wildland firefighters is the allocation of resources. Currently, firefighters carry approximately 60 pounds of equipment, including chainsaws and water packs, while navigating steep terrain. This arduous task often leaves firefighters fatigued before reaching the front lines of the fire. To relieve this physical strain, minimize injury and free up manpower, Honda installed a gear rack on the Autonomous Work Vehicle to transport supplies, equipment and water. By deploying the “Follow Me” mode, the vehicle autonomously followed the firefighters with their gear in tow.

As Honda R&D engineers continue development efforts on the Autonomous Work Vehicle, the company seeks to connect with partners to create accessories and attachments that will expand the machine’s potential uses, businesses that may have a need for the vehicle, and autonomy technology and sensor developers to further improve the platform’s off-road autonomy. 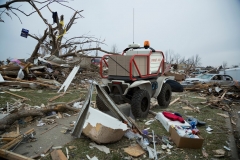 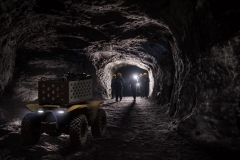 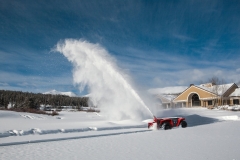 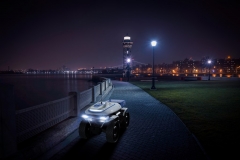 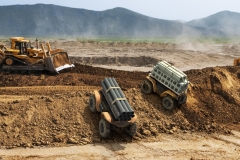 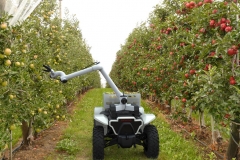 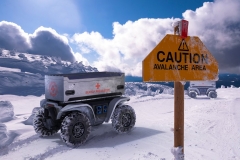