At the Oxford EV Summit which took place at the Saïd Business School of the University of Oxford, Electric Assisted Vehicles Limited (EAV) launched EAVan.

The EAVan is designed to provide an immediate solution to improve air quality as well as reduce overall traffic congestion.

Combined with indisputable evidence of climate change, urban congestion and pollution now dominate news worldwide having been proven to claim over 800,000 premature deaths each year in Europe alone. Cars, vans and trucks, especially in towns and cities, are considered as one of the main contributary causes of air pollution.

The EAVan is an eCargo bike and operates under the current regulations for eBikes. EAV recognised that adaptation from the use of Light Commercial Vehicles or petrol and diesel ‘vans’ to using eCargo bikes would require a culture-of-use change, so have engineered the EAVan ‘down’ from a van rather than ‘up’ from a bicycle.

We wanted the EAVan to be as usable as possible by anyone – said Adam Barmby, Technical Director and Founder of EAV.

Getting people out of vans and onto eCargo bikes isn’t easy if they think it’s going to be an awful experience. Being exposed to the elements or being low to traffic isn’t going to appeal to anyone. So, we started with the idea of the outer body of a light commercial van and we added the electric pedal-assist propulsion system. We’ve used all the electric assistance which the regulations permit including a thumb throttle, which we call an ‘e-nertia’ switch, which accelerates the EAVan up to about 3mph. After that, simply turning the pedals provides enough power to move up to 120kgs of payload in the cargo area up to a maximum assisted speed of 25kmh. The amount of assistance can be adjusted, and we have our own gearbox so using the EAVan is very easy indeed. We regenerate power into the batteries under braking and free-wheeling to maximise the efficiency of the EAVan which has a range of up to 60 miles or further if you piggyback more batteries. It’s simple, yet elegant and really enjoyable to use. And infrastructure is not an issue. We use a standard household plug to charge our interchangeable batteries so the EAVan is an immediate solution and incredibly cost effective. 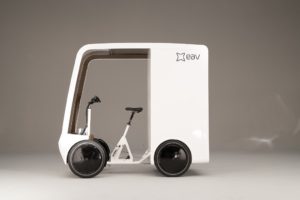 Built on a unique patent-applied-for and very comfortable ‘Cloudframe’ chassis design, the EAVan has been designed to be fully modular. This gives it an extremely wide range of uses.  From a delivery van or a pick-up – which can be used to clear rubbish or move tools around a site – to a paramedic or security patrol vehicle, the EAVan can include multiple bespoke variations and options. More interestingly, the chassis and body cab can be evolved into both longer and wider ‘EAVehicles’. This provides a potential platform for larger vans and Personal Transport Vehicles (PTVs) including taxis, minibuses and even personal vehicles to replace individual cars.

We travel far more slowly than we think, especially in towns and cities – commented Nigel Gordon- Stewart, Chairman and Executive Director of EAV. If we can reduce the mass of traffic, both in terms of actual weight and sheer volume, as well as remove all toxic emissions using bio-mechanical EAVans and EAVehicles, we’d have a cleaner, safer and much more enjoyable environment in which to live and work. And there’s no impact on business efficiency using EAVans. They’re highly efficient so it’s mainly a culture change that’s needed and EAVans and EAVehicles are really fun to use and a much healthier solution for people as a whole.

EAV’s next developments are on the production of a range of EAVehicles. This includes weather- proofing by adding doors, an undertray floor and in-vehicle heating and ventilation system. EAV’s objectives are to have EAVehicles for most uses in towns and cities within the next 5 years.

We believe we have a very strong solution for urban transport immediately and for the future with both EAVans and EAVehicles – continued Gordon-Stewart. We see the streets of towns and cities around the world being populated with these lightweight, efficient and safe vehicles all moving smoothly within a much less impacted infrastructure. We can save on road damage, tyre and brake particulate pollution as well as operating under completely zero emissions which will unquestionably help with the enormous issue of climate change. Our cities and towns will also be a quieter place to be and there’d be no impact on businesses in terms of efficiency. In fact, a cleaner environment and healthier population would provide for more efficient lives and businesses for the future. We already have a healthy order book and EAVan deliveries for trials start in September. Dealing with pollution and congestion in towns and cities is genuinely in sight. 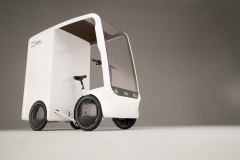 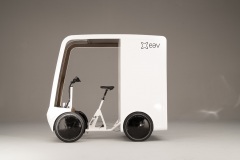 Singaporean Dendrobium looking manufacturer in UK to produce it Hypercar

Dendrobium Automotive Limited reaffirmed that it is looking to manufacture its game-changing all-electric D-1 hypercar in Great Britain. Ironically the Dendrobium D-1 was initially conceived by the Singapore-based battery technology company Vanda Electrics, but as […]

British Company EAV has been surprised by the interest and demand for the new ultra-lightweight commercial vehicles eCargo recently launched. […]