The Company submitting its application for Type Certificate with the European Aviation Safety Agency (EASA). This decision signals AeroMobil’s continued momentum as it seeks aeronautical and automotive regulatory approval for its first vehicle.  In 2019 the company will pursue compliance with European automotive rules with Vehicle Certification Authority, as the company seeks to complete final flight and roadworthiness testing next year before going into full production. 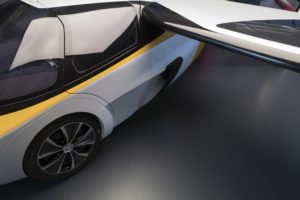 The company aims to certify its first vehicle as a non-complex aeroplane with a maximum take-off weight less than 1200 kg.

The certification is based on the CS-23 amendment 5 of the General Aviation Regulation with special conditions relating specifically, but not exclusively, to the use of automotive products such as airbags, safety bells and support systems.  Completion of the certification process will require a detailed technical and engineering examination of the design of AeroMobil 4.0 to comply with the rigorous safety and airworthiness demands of EASA.  The company is building a new experimental prototype as an integral part of this process, which will see the final production vehicle featuring a significant number of patented innovative technologies.  These developments for the exterior and interior of the vehicle will be transformative for safety and allow users to control the vehicle in a familiar, ergonomic environment.

We are delighted to be hitting this crucial milestone on schedule as we move towards manufacturing in the upcoming years – said Doug MacAndrew, CTO, AeroMobil. Building a flying car is incredibly complex and understandably EASA will be incredibly thorough when they analyse the design of our flying car, because this is a pioneering area of personal transportation. We are looking forward to working with EASA on the Type Certification process and showing how we’ve been able to incorporate the best aspects of automotive and aerospace technology into one design to deliver a vehicle that is both transformative, but also very much in line with the aerospace safety and regulatory requirements that exist today. 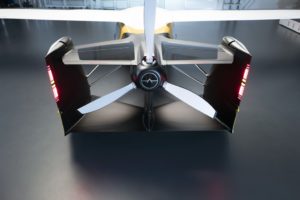 When designing AeroMobil 4.0 we gave careful consideration to the regulatory framework and felt it was critically important that our flying car could work within existing regulatory frameworks rather than be entirely disruptive – added Hugues Le Cardinal, Head of Airworthiness, AeroMobil.  Many of the new electric Vertical-Take-Off-And-Landing (VTOL) models will require a complete or partial re-working of today’s regulations and we want to build a flying car that our customers have the freedom to use as soon as possible.  We welcome the opportunity to use the latest regulations, which changed the certification requirements from prescriptive rules-based approach to one based on safety performance.  It means we can use some of the automotive features to demonstrate how safe AeroMobil 4.0 is as an aeroplane for occupant safety and how we have introduced safety innovations in areas such as stall and spin. 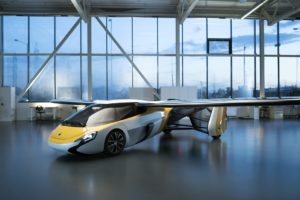 Since it first began work on its prototype in 2013 AeroMobil has always been clear in its strategic focus on building a fixed wing model first, before designing a VTOL version.  It took this decision based on thorough analysis of the commercial and regulatory landscape, concluding that the infrastructure and regulatory requirements for VTOL flying cars would not be ready until at least 2030.  While the company’s long-term ambition is to build a supercar with superpowers it wants to rapidly commercialise the technology to deliver value to customers and shareholders.  The fixed wing model allows AeroMobil to achieve this goal within the existing regulatory framework and revolutionise personal transportation vastly more accessible while delivering a unique experience and significantly faster door-to-door travel over short and medium distances.

The new framework will simplify the certification and oversight of small and low-risk general aviation aircraft.

In 2017, EASA published the Annex 5 of CS-23 which defines the safety objective and no longer includes any prescriptive rules.

FAA similarly published FAR 23, which is 99% harmonised with the EASA regulations. These new rules introduce Acceptable Means of Compliance (AMC) which directly supports the innovation contained within flying car technology.

The technical specifications have been removed from the rules and moved to AMC. This enables innovative solutions that will enhance safety. 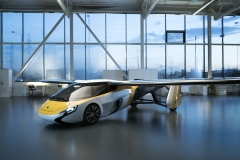 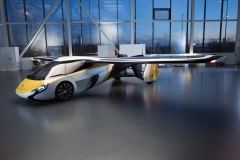 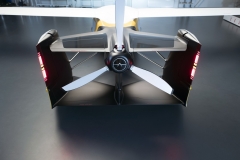 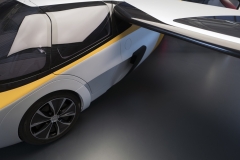 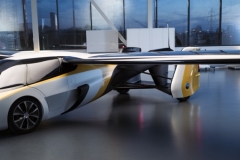 The PAL-V Liberty has been approved for road usage, completing other step to deliveries and can now be spotted on the European roads. […]

Agreement between AeroMobil and Baoneng Motor to the flying car

At China International Import Expo has been signed and important strategic cooperation agreement between AeroMobil and Baoneng Motor in the field of personal aerial vehicles (PAV). Both parties will seek win-win cooperation and mutual benefit […]